You are here » The Obscure Cities » Dictionary » Nandi, Alok 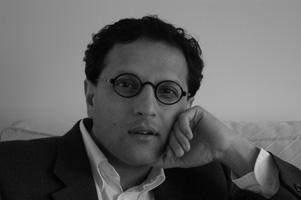 Alok Nandi was born in Congo, raised in Zaïre and is now based in Brussels. In parallel to strategic design, Alok b. Nandi is active in media art and design, with a focus on interaction design { which he splits as per “N & I”: narrative & interactive, narrative architecture and interactive mise-en-scene }, co-design and co-creation. His background combines electro-mechanical engineering, management and film studies 1).

Alok Nandi was the Webmaster of the urbicande.be Internet site from 1995 until 2003. Hidden from the public at large, his work has been preserved on the CD-ROM L'Ombre du Réseau. A participant to the First Obscure Convention.