Le Musée des Ombres [Museum of the Shadows] is located in the Obscure Porrentruy. It re-opened in 719 AT after having been closed for several years, following strange events 1).

Quite amazingly, a travelling exhibit on cartooning had the very same name, and some of its elements apparently came from the Obscure World. No doubt a rare case of mobile point of Passage, it has been seen in the period 1990 - 1991 in:

Raymond visited the exhibition in during the Sierre Festival. He wrote about this experience on his forum 2):

“Musée des Ombres was housed in an old mansion, and it created quite a harsh environment. We first entered a museum area, the walls were a bit “crappy” and was called the “old museum”. The first room was not very spectacular and exposed comic pages by Schuiten on its walls. A large poster “warned” visitors that these pages had been damaged by a large fire and were discovered as the remains of a nearly extinct art, which once had great success in the late twentieth century and that it was called comics. 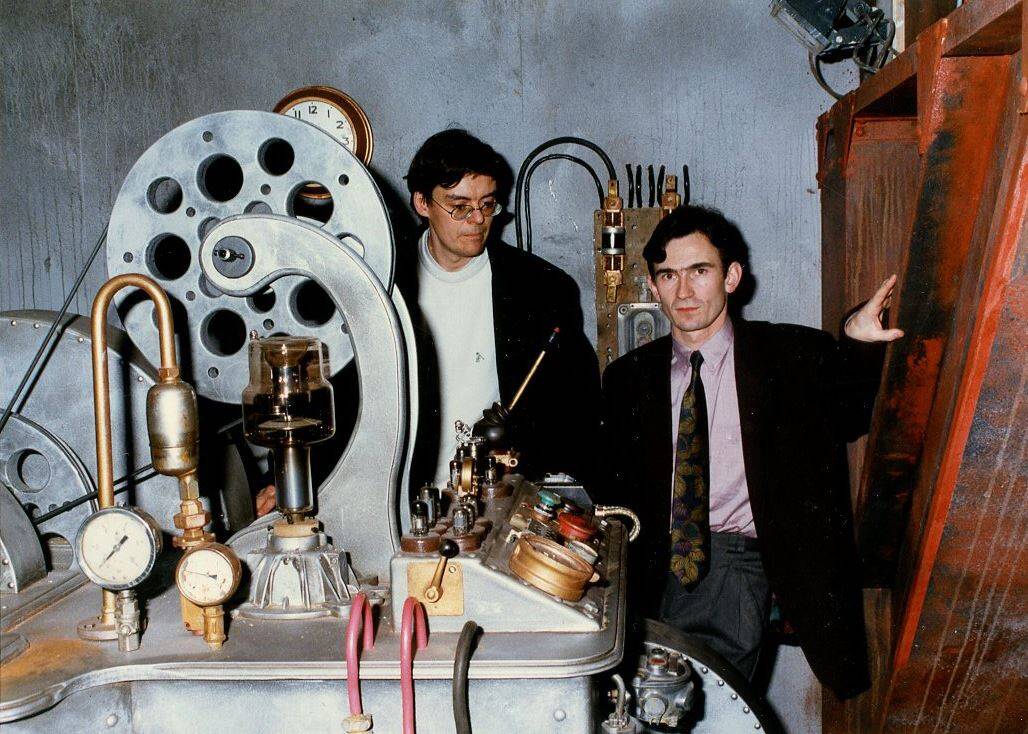 
Leaving the old museum, the visitor was moving towards an apparent impasse. In fact, he found himself before a huge flaw separating the wall into two parts. You have of course included: the flaw was not only crossing a wall of the house. It was mostly a hole in time and in space. When crossed in this fault, the visitor entered the continent of the Obscure Cities. 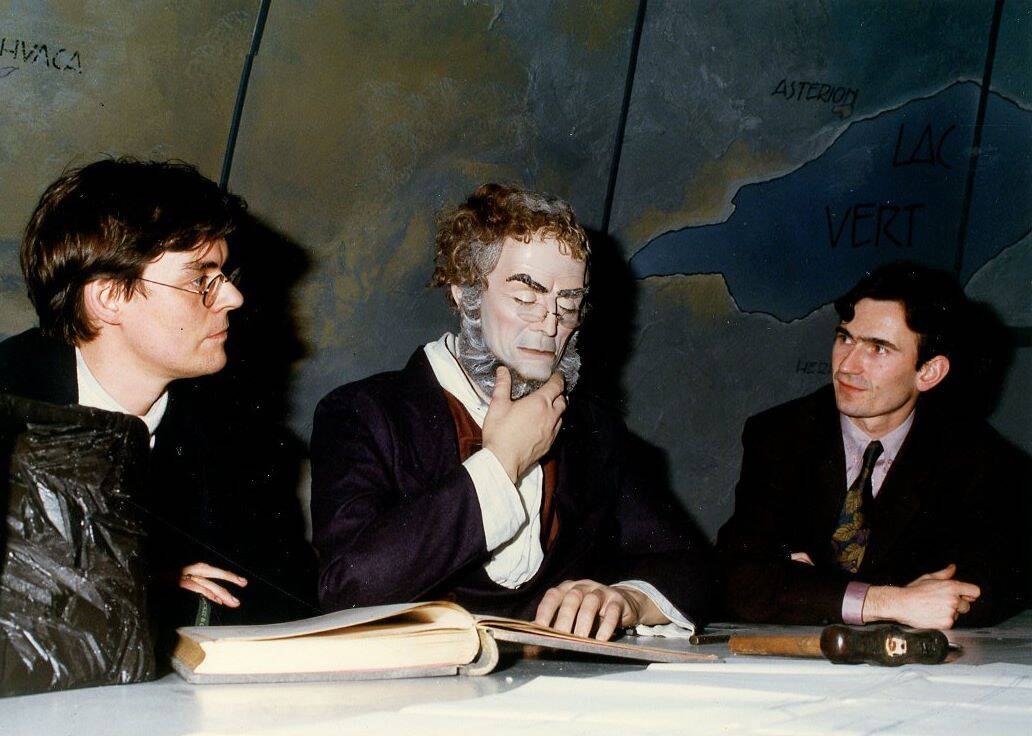 
To understand my fascination for the Museum of Shadows one must first know that it was not a silent display of objects. It was rather a “sound and light”, and each piece was distinguished by a strange background. I do not know who made ​​those little musical but they created a very special musical atmosphere able to capture the imagination of the visitor. 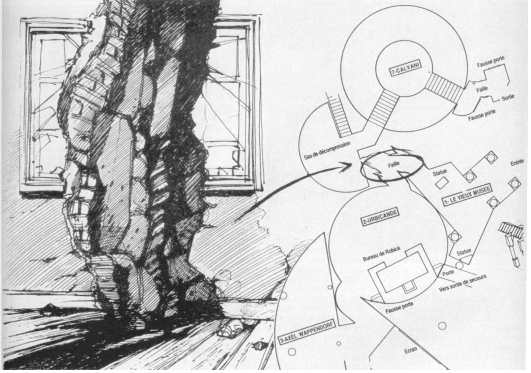 After crossing “the fault” visitors had to cross a bridge passing over a small empty courtyard. This climb was held course in music and it created a kind of suspense. This passage was, however, particularly in the city of Sierre and this part of the show changed according to the city that welcomed it. The sequence of rooms was also not the same everywhere, as the authors adjusted their set design according to the architectural space around him. 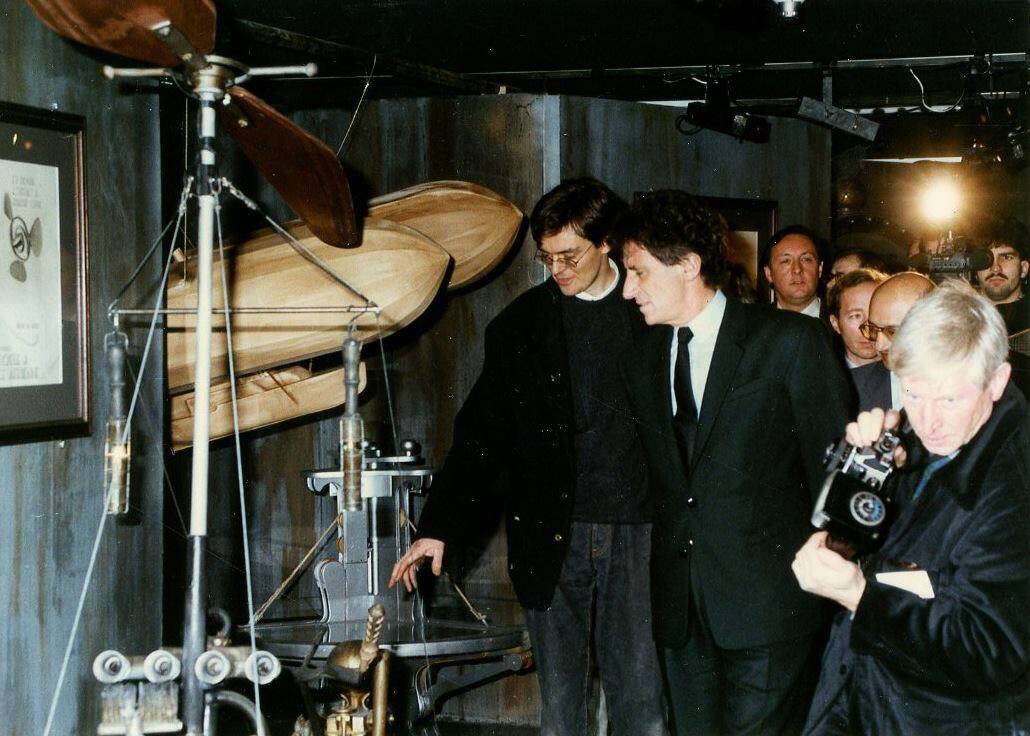 
Arriving at the end of the bridge, we entered a large room was the office Eugen Robick . You could recognized on the circular walls of the room the famous map of the Dark Continent, already contemplated in the first pages of the fever of Urbicande . Robick sat at his desk and he was in fact represented by a stationary model. We periodically hear an audible voice that repeated: ” Echec … échec complet. Jamais je n'arriverai à fabriquer ce cube. Comment pourrai-je fabriquer ce que la nature nous avait offert ? (…) “. A thousand apologies, but I would like to shorten slightly the litany. This piece therefore told the audience following the story of fever Urbicande. Eugen Robick never recovered from the loss of the network, he vainly continued to search for the rest of his life.

Leaving the office of Robick, the visitor found himself in a dark corridor, surrounded by shelves of a library that contained giant books. On the back of these books, we sometimes found the name of some familiar writers like Kafka, Borges or Jules Verne, but there were also more mysterious songs like “Yliaster”, “Urformen der Kunst” or “Echo of Cities ”. I confess to not being impressed at the time by the immense library which Schuiten and Peeters had introduced small amusing details, intended to give the impression of a big mess. It was only much later that I realized that this scene simply telling the rest of the story of the Archivist .

The corridor of the library brought the visitor into a new room which was devoted to Mylos . Part of the room was plunged into darkness and immediately we heard the loud voice of a commentator who told the story of the city. In a corner of the room, threw a camera at the same time a film “documentary” dedicated to Walther Schliwinsky and Klaus Von Rathen, the founders of the industrial empire that ruled Mylos. It was obviously a propaganda film, which was entitled “Instructions for future inspectors.” In fact, this little film was very much like some filmed reports that we could see in France or America there fifty years. The other half of the room gave you inside an apartment Mylos. Its sad miserable walls and furniture allowed to imagine the sad life that were facing the citizens of this city. 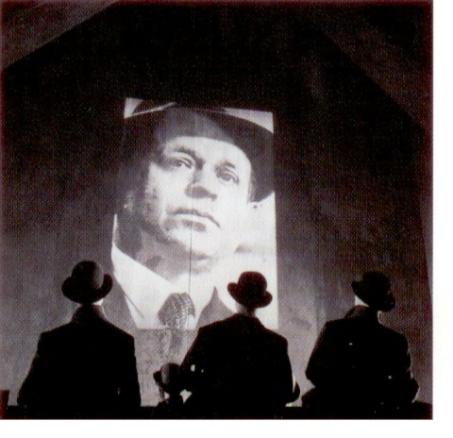 A single door provided immediately access to the next room, which was devoted to the workshop of Axel Wappendorf . Those who have read the Obscure Cities know that Axel Wappendorf is an ingenious inventor; he appears in several albums and has created many vehicles. The room that tribute paid to him first struck the viewer by issuing a sad and broken voice, which was that the scientist came to the end of his life. He told loop its many research and disappointments. The room was filled with various machines, plans and models that showed the intense work of the scientist. Despite the nostalgic discourse of Axel Wappendorf and gloomy aspect of certain objects, this room was actually very funny. The scientist told in effect in detail technical mishaps and no end appear despite himself as a kind of blundering patented.

To access the last room of the exhibition, dedicated to the city of Calvani , we had to wait a bit because the authors had designed a stage that required to enter at the right time. The visitor must then climb to a terrace where he could see the roofs of Calvani. The overall decor was represented by drawings of Schuiten, who formed a sort of half-circle around the visitor. The decor remained fixed but was discovered still image of an airship that crossed the skies above the city. You could also listen to the voice of a hostess, supposed to be in this airship, which told the story of the huge greenhouses Calvani. We then heard a dialogue between a man and a woman who were on the balcony in front of the spectators, but it was difficult to understand why the man lamented. While these conversations tell a story that the viewer was well difficult to understand, the light gradually changed into the room and decor became bluish. Night fell on Calvani and spectator and ended his visit. Curiously, this last room the ingenious and ambitious designs was almost disappointing. This was probably related to immobility of the decor, which contrasted with the life that emanated from previous rooms. ” 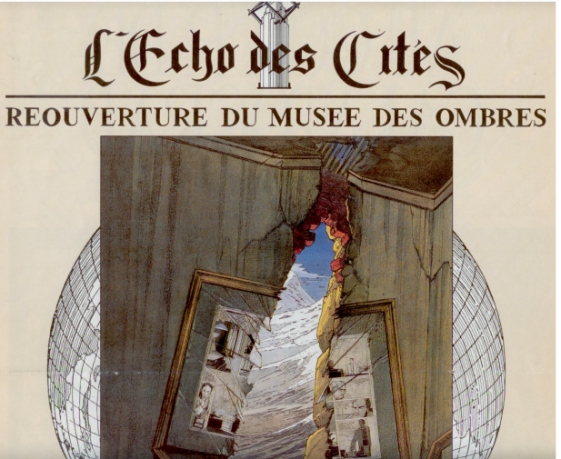