You are here » The Obscure Cities » Dictionary » Lancaster University 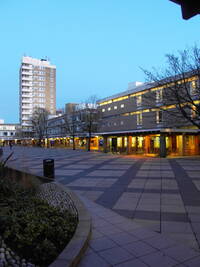 Lancaster University is a research university in Lancaster, with an annual income of £184 million. The university employs 2,250 staff and has 17,415 registered students. It has one of only two business schools in the country to have achieved a 6 star research rating and its Physics Department was recently rated #1 in England. InfoLab21 at the University is Centre of Excellence for Information and Communication Technologies. It is consistently the highest ranked university in the North West in newspaper league tables. In 2010 it was rated 10th nationally in The Times newspaper league table, 8th by The Independent and 6th by The Guardian. In the same year it was rated 124th worldwide in the Thompson Reuters league table, and 31st worldwide for arts and humanities 1).

The news was announced by Professor Simon Guy, Dean of the University’s Faculty of Arts and Social Sciences on Wednesday 25th November 2015.

The new post represents a significant investment in the academic significance of comic art by the University and has been created in close working partnership with the Lakes International Comic Art Festival. Additional support has been provided by Wallonia Brussels International.

One of the first was a debate about Asterix and Tintin in 2016.