You are here » The Obscure Cities » Dictionary » Kunwu, Li 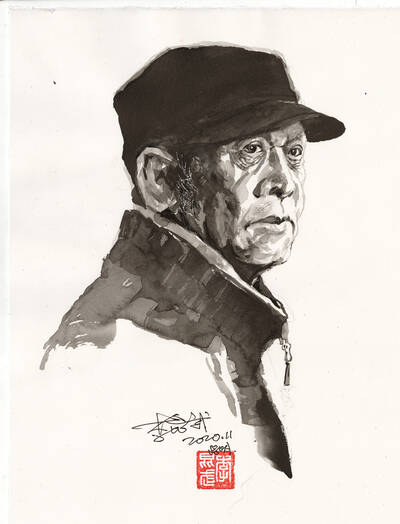 Li Kunwu (born 1955) is an exceptionally versatile artist. He is a painter, illustrator, caricaturist, journalist for the Yunnan newspaper (Yunnan Ribao) for almost 30 years and the author of some thirty illustrated works from his native province of Yunnan. He has also produced a dozen informative comics about France.

Born during Mao's reign, into a generation where fine arts or academic training were taboo, he taught himself to draw as an autodidact. Through various encounters he came into contact with the world of comics and soon became known in France with his trilogy “Une vie Chinoise”.

His impressive graphic work has been translated into some fifteen languages and shows contemporary Chinese history through the prism of its own history; all in a breathtaking style supported by his great knowledge of multiple artistic techniques: traditional painting, propaganda drawings, press drawings, caricatures, works with tight lines, ink drawings, washed drawings, watercolours.

Since 2015, Li Kunwu, in collaboration with Est-Ouest 371, has been developing new forms of artistic expression in large, or rather extremely large, format that can be seen more as contemporary art than comic strips.

François Schuiten and Li Kunwu both have a passion for trains, one created a train museum in an ancient jewel of Brussels railway architecture, the other investigated the railway line built in Yunnan province at the beginning of the 20th century. Together they worked on four drawings for the exhibition on the Beijing-Hankou line presented in Trainworld in 2021. These two railway lines, long dotted with small stations with Western architecture, are emblematic of the role played by France and Belgium in China at the end of the 19th century 1).