You are here » The Obscure Cities » Dictionary » Idegael 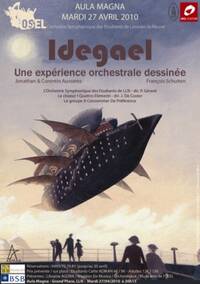 Idegeal is a musical and visual show by Jonathan and Corentin Aussems, with the special participation of François Schuiten, in collaboration with the Symphony Orchestra of Students of Louvain-la-Neuve (OSEL) led by Philip Gerard, the chorus of I Quattro Elementi of Joel De Coster, and as soloists from the group “A Consommer De Préférence”.

A dive in the visual and musical work of François Schuiten. The original show was performed in April 2010 in Louvain-la-Neuve.. 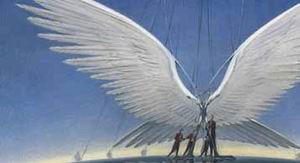 François Schuiten talks with ActuaBD about this event:

… students of the UCL came to me with a musical they had written, asking me if I could put designs on their music for a public performance. I was excited! It takes time, but it's not refusable! Moreover, their work and the use of my drawings made me I very interested. This unique concert, Idegael, will take place at the Aula Magna on April 27.

Just before we will open the giant fresco (12 m by 5) I have imagined for the Grand Place of Louvain-la-Neuve, and is directed by Alexander Obolensky, a painter whom I greatly admire. I love these projects that allow me to talk to a city, an artist or group…. 1) 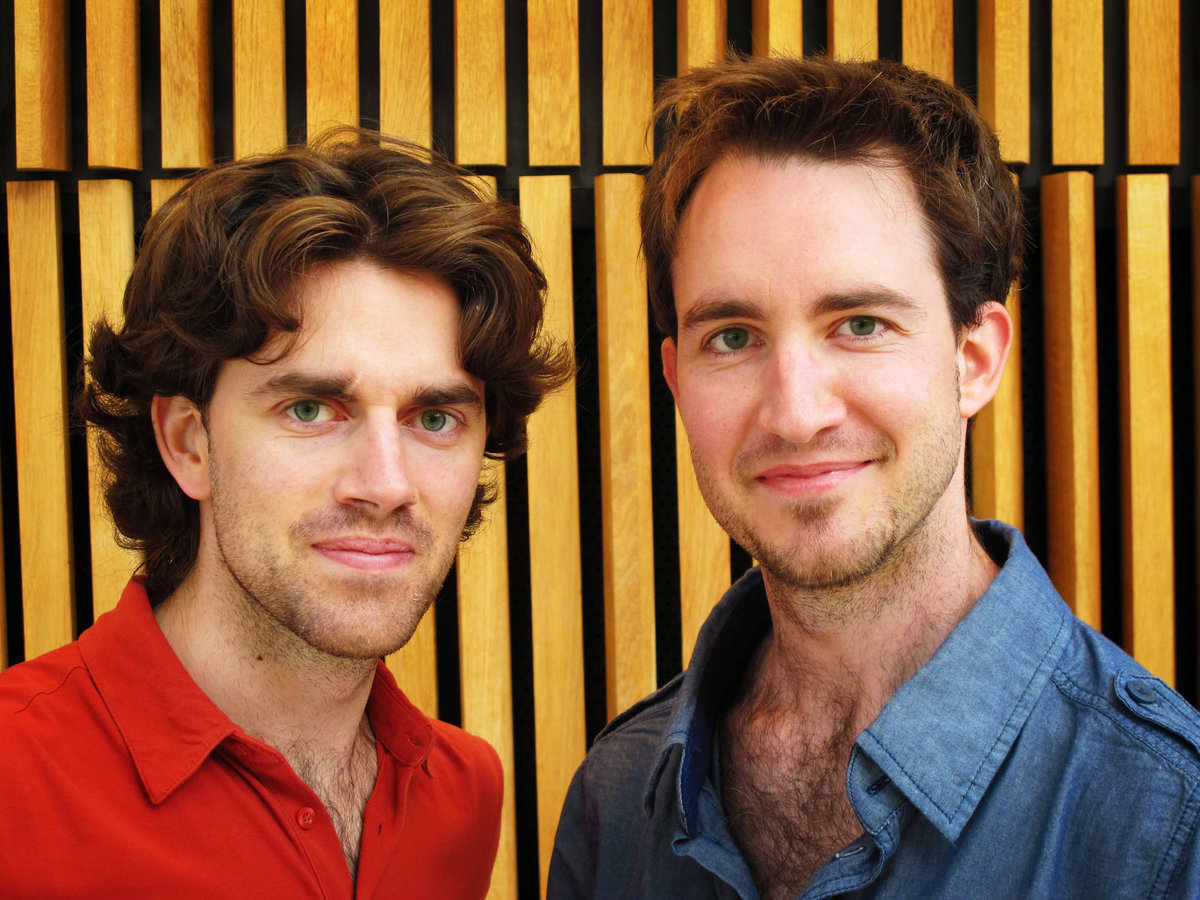 Interview with François Schuiten with RTBF about the Idegael event. 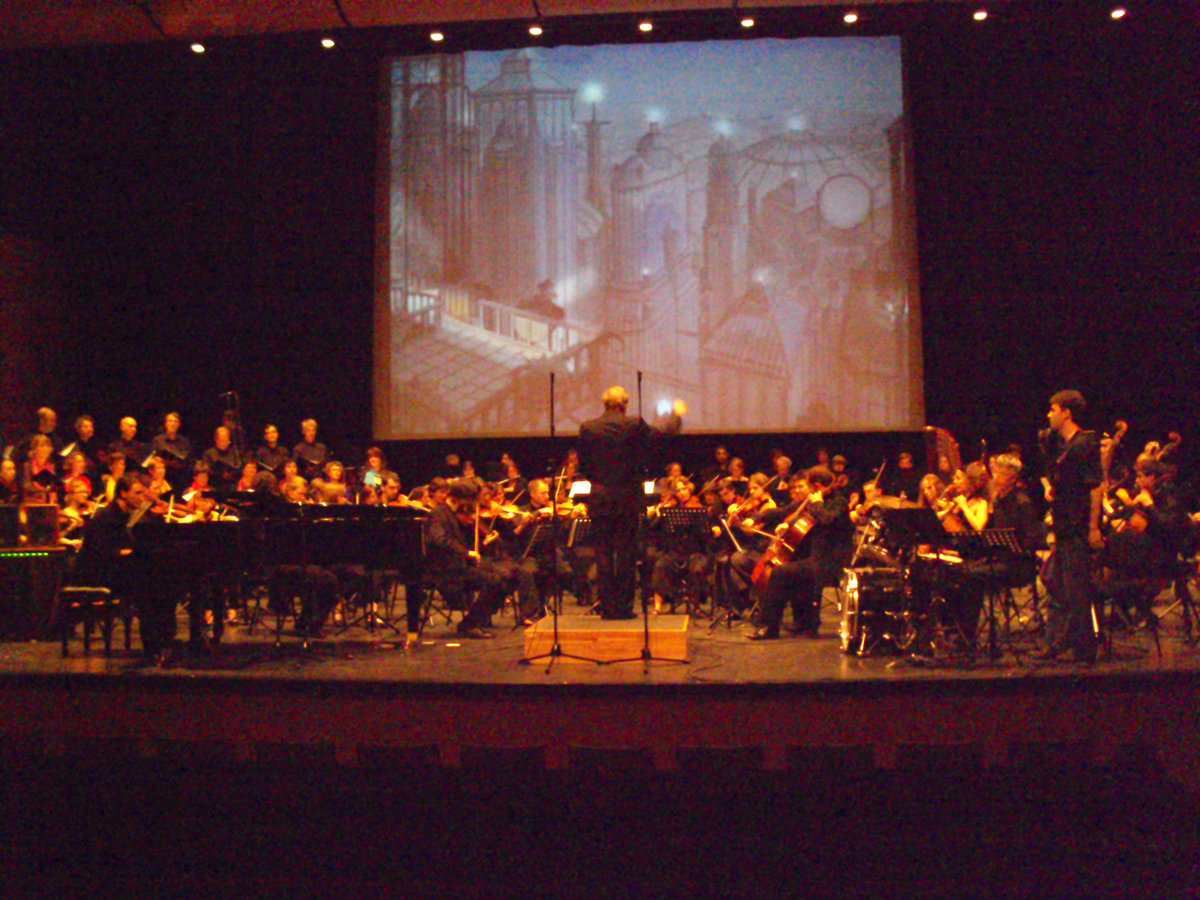 The performance was filmed at Aula Magna in Louvain-la-Neuve on April 27, 2010.

The show was again performed on May 28, 2016 in Brussels 2) at the Théâtre Saint-Michel. The benefits of this exceptional evening are donated to the association Domisum, a carrier combination of a citizen and solidarity project for a living space suitable for disabled adults and dependence 3).

This time the performance was done, beside Corentin & Jonathan Aussems and François Schuiten, by the Orchestre des Musiciens du Nord, directed by Guénaël Catteloin and the choir: Chorale Jolies Notes, directed by Bénédicte Dujardin. 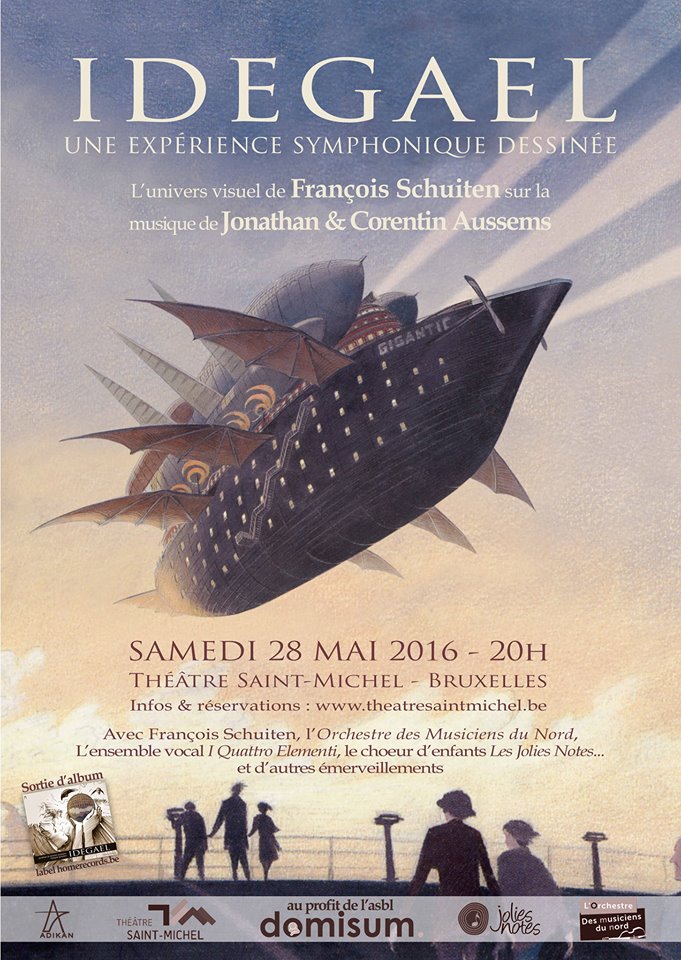 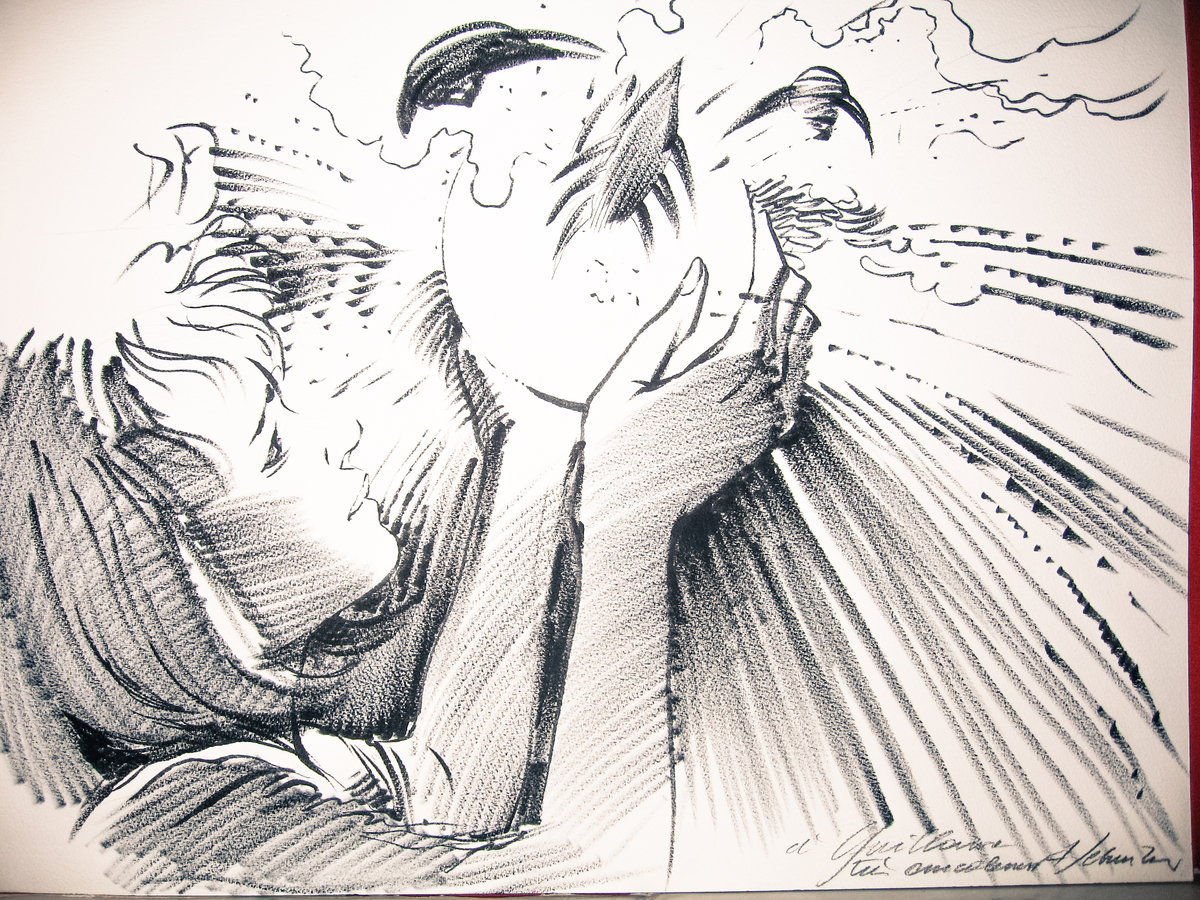 A CD was published in 2016 at homerecords.be. The artwork of the CD is by François Schuiten. 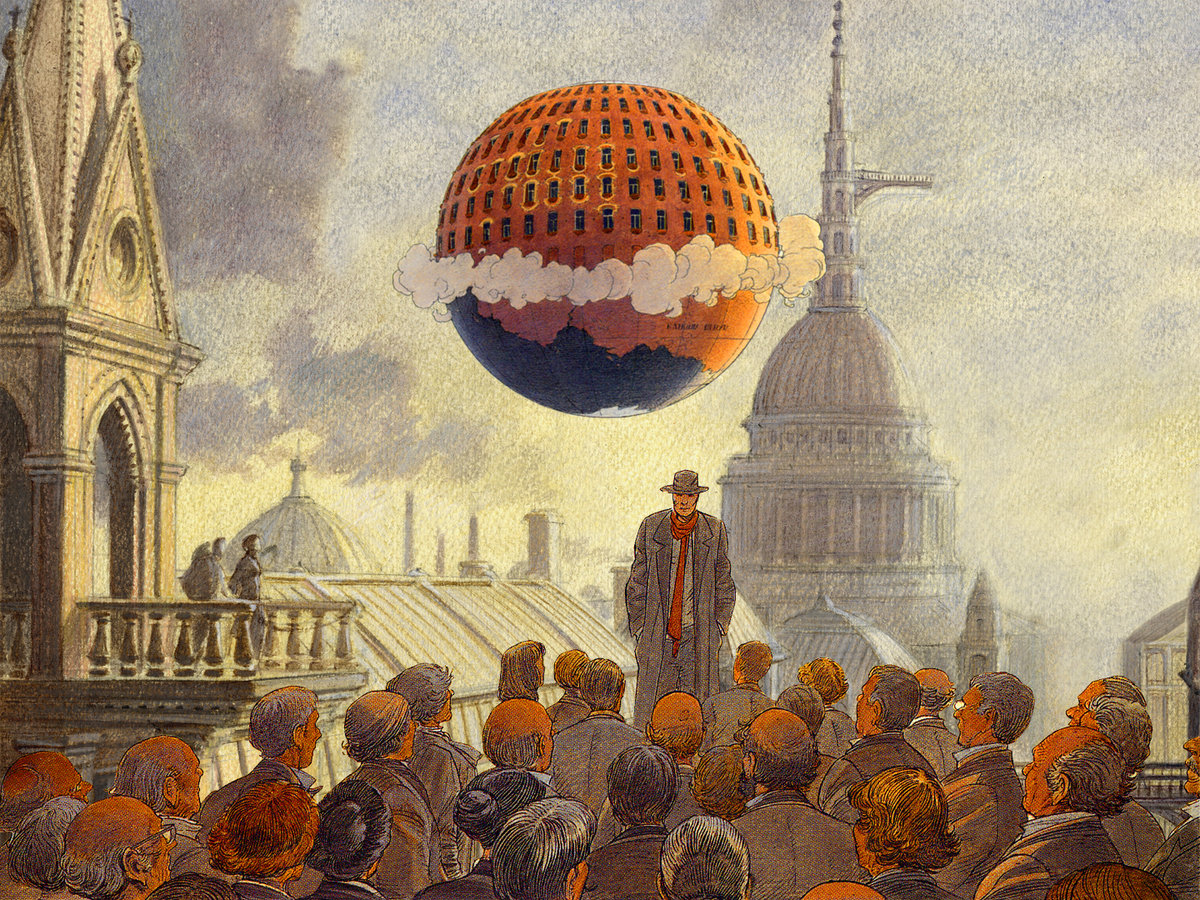