You are here » The Obscure Cities » Dictionary » Fly 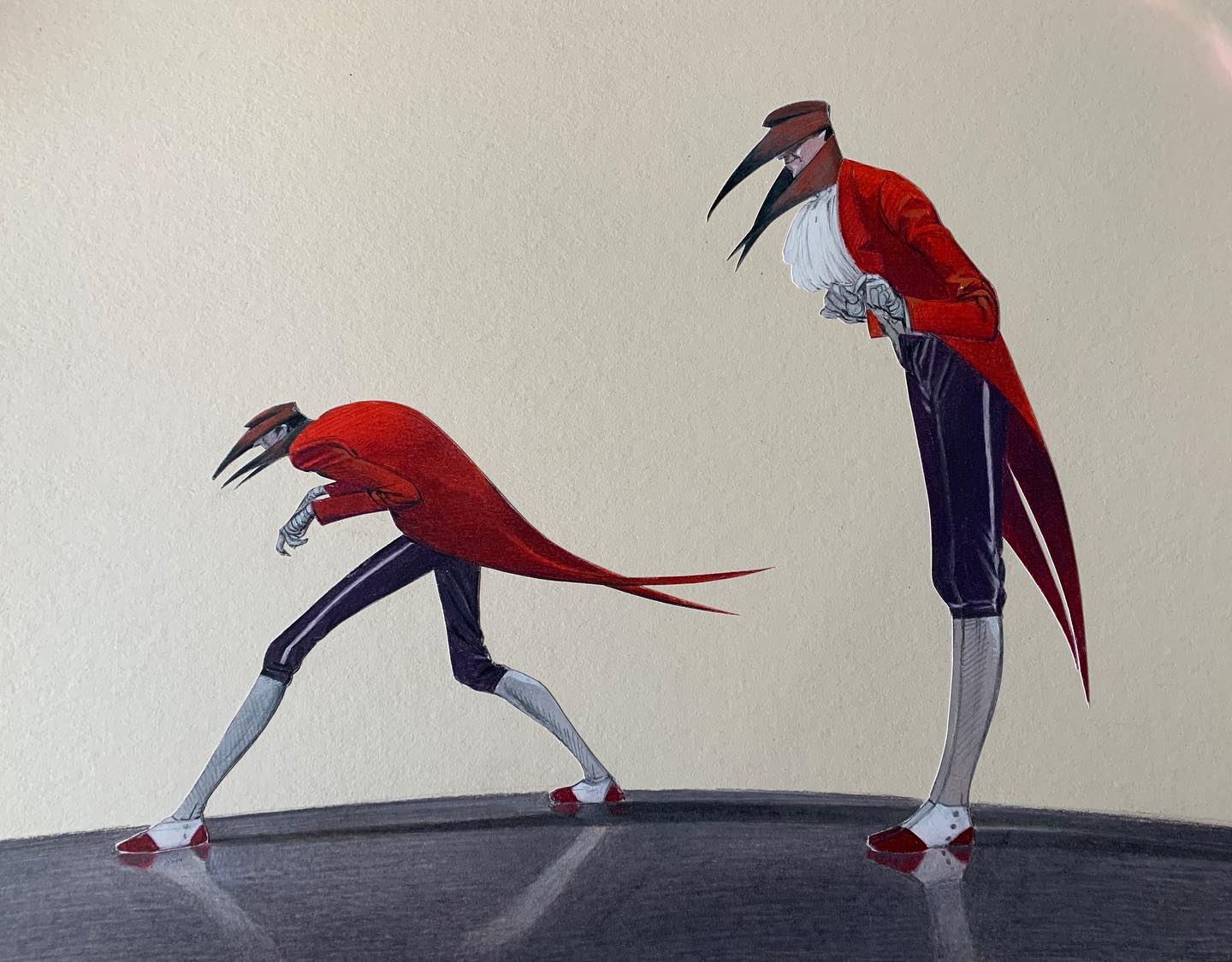 Fly is an abandoned project of François Schuiten and Franco Dragone from 2001. The project should have become a spectacle show in the Wynn hotel in Las Vegas (USA). Schuiten not only made the designs for the costumes, but was responsible for all designs. He designed the stage and the room where it should take place. Including cages, half bird half men figures. in short a mixture of magic and striking effects in the service of a simple story.

It was the first project of Schuiten with live entertainment. The starting point was a movie, supposed to be long forgotten, about the work of Elena McNeal in Nepal. She heard about the legend of flying men in the mountains of the Himalaya. She visits many villages where she finds Langa.

Schuiten talks about this project in The Book of Schuiten: “the project to collaborate with Franco Dragone took shape around the idea of flight. The show was to combine opera, circus and magic, in an auditorium specially conceived doe that purpose. The idea of these drawing panels is in no way to establish a rigid scenario, but to visualize a project that has to remain flexible, taking full advantage of the specific possibilities offered by a live performance”.

Due financial reasons the project was never realized.