You are here » The Obscure Cities » Dictionary » Eclipse 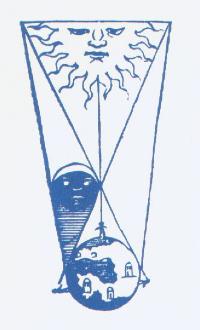 [1] In Astronomy, the disappearance of a celestial body caused by the passage of a moon or planet between that body and the eye of the observer. In our world, the most spectacular kind is the solar eclipse, caused by the Moon. An occultation of this type is visible only from a narrow band accross the surface of the Earth, as demonstrated by the total eclipse of August 11, 1999 AD, the first to occur in Belgium since 1433 AD.

[2] In the Obscure World, the event of September 2, 747 AT seems to have had an altogether different cause. This eclipse was visible simultaneously in Alaxis and at Mount Michelson, two points separated by several Megafathom from each other. It has been suggested that the body responsible may have been our own planet, momentarily rendered visible to the inhabitants of the Other World 1).