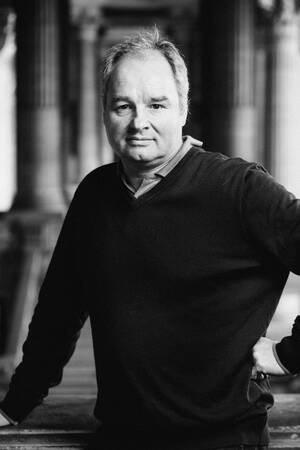 Laurent Durieux doesn’t actually live in a retro-futuristic world imagined by H.G. Wells and designed by Raymond Loewy. In Durieux’s world, gigantic robots tower over forests populated by mythical beasts such as Bigfoot and King Kong; city skies are thick with airships shaped like Snoopy, while Buck Rodgers-like vehicles whiz by on slender monorails; and movie monsters are portrayed as sensitive creatures, victims of their grotesqueries rather than revenge-fueled fiends 1).

Though he’s spent two decades as a designer and teacher, the 42-year-old Brussels illustrator and graphic artist was only recently discovered in the United States, thanks to a number of high-profile awards and marquee commissions, including a 2013 screenprint of “Jaws”, which caught the eye of the film’s director, Steven Spielberg. The climb from relative obscurity began, though, in 2011, when Durieux was named one of the world’s 200 Best Illustrators by the influential international advertising magazine Lürzer’s Archive 2).

That year, his short animated film, “Hellville,” was selected for screening at several prestigious film festivals 3). 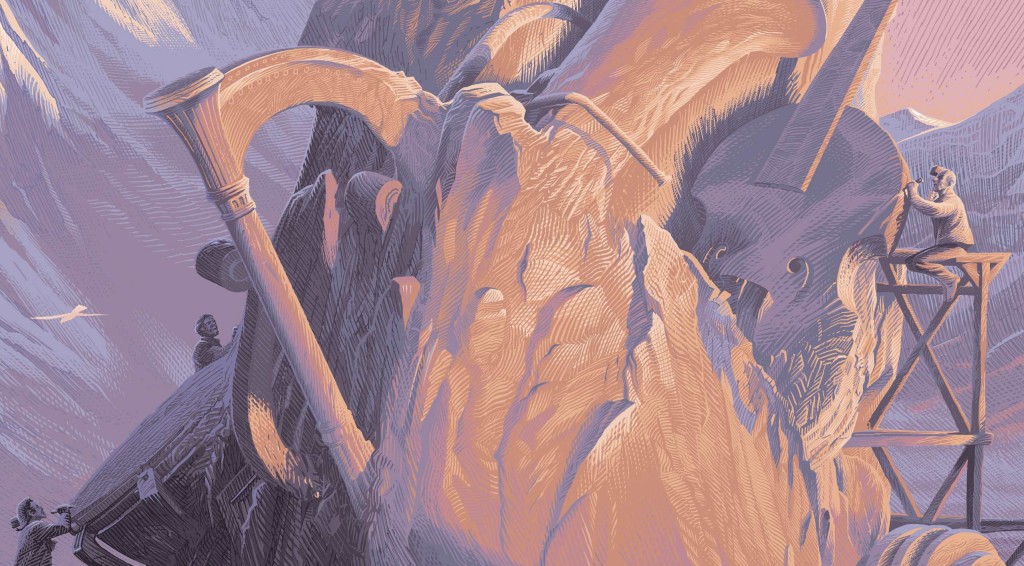 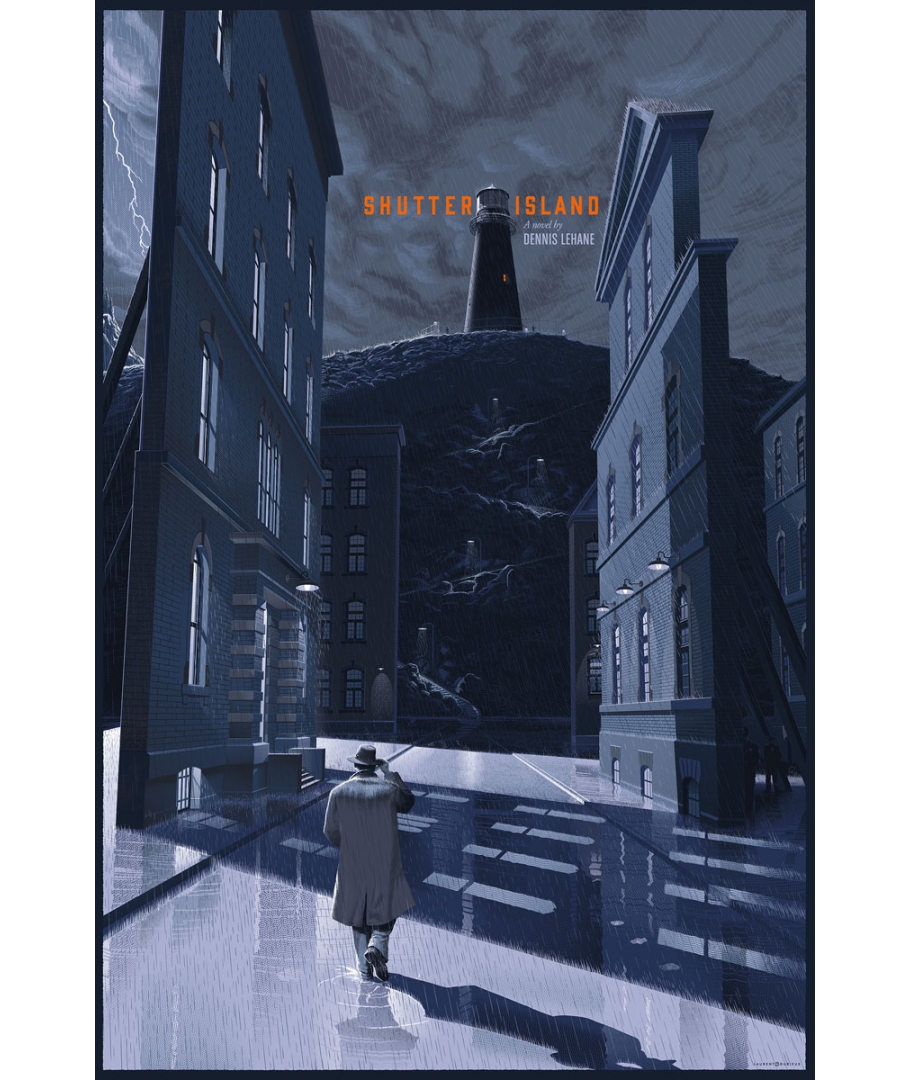 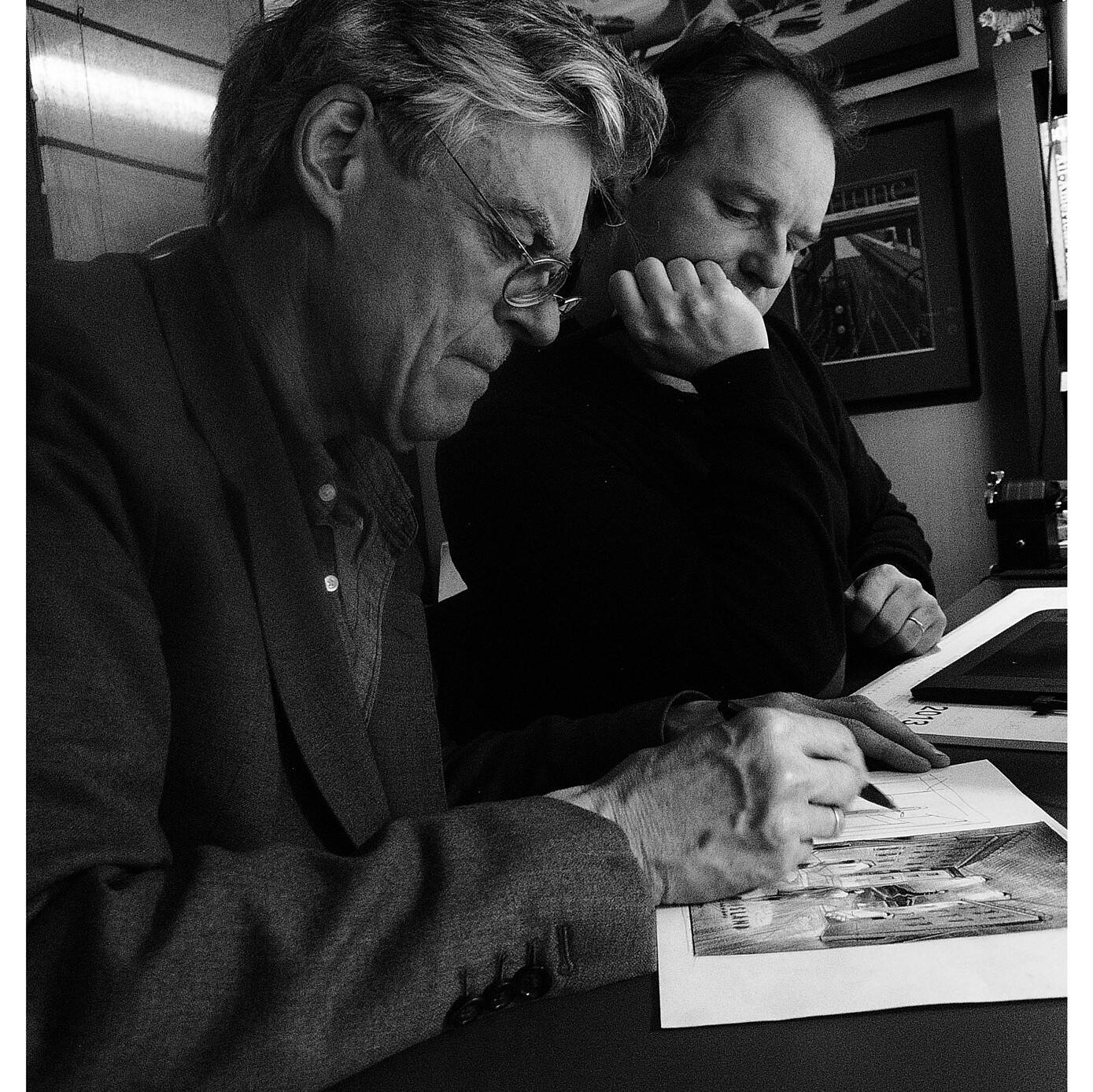 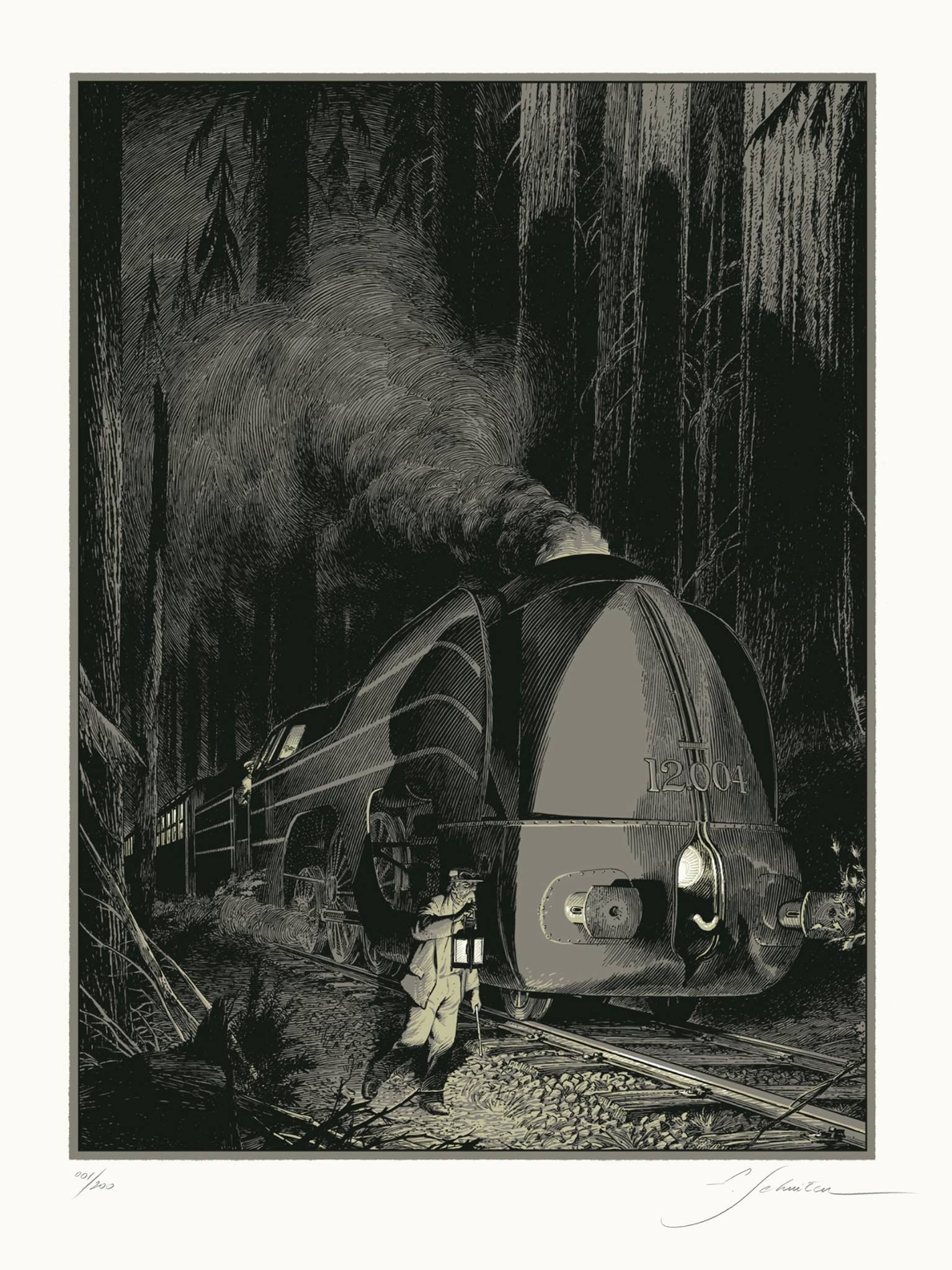