You are here » The Obscure Cities » Dictionary » Comès, Didier 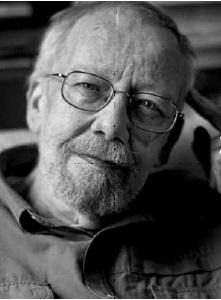 Born in 1942, of a German-speaking father and Walloon mother, Didier Comès began working in strip cartoons in 1969. His work appeared in publications such as Le Soir, Pilote, Spirou, Tintin and A Suivre. From Sventebold (1969) to Dix de Der (2006) through Silence (1979) - his greatest success - Eva (1985) and La maison où rêvent les arbres (1994), his style developed constantly, not just his drawing, but also his composition and framing.

With his black and white style, Comès found a powerful means of expression. He was inspired by Americans such as Milton Caniff, Jack Davis and Paul Coker, but it was Hugo Pratt, with whom he developed a great friendship, that had the biggest influence on him.

Didier Comès recounts real legends, stories that are set in dark, tormented worlds. Witchcraft and the fantastic are his favourite themes. For his oft-made allusions to the landscapes of the Ardennes and the Fagnes regions, he had only to look out of his window to find inspiration.

In 2020/2021 the Heritage Fund honoured Didier Comès in the exhibition 'Comès, d’ombre et de Silence' (Comès, of shadow and silence) at the BELvue Museum.

François Schuiten, who was a close friend of Didier Comès (in conversation with Thierry Bellefroid) gives a very personal look at his work.