You are here » The Obscure Cities » Dictionary » Boullée, Etienne Louis

Along with Claude-Nicolas Ledoux, he was one of the leading figures of neoclassical architecture in France. He designed dream buildings combining Enlightenment philosophy, a love of geometry and a gigantic scale. A good example of his own style can be found in his design for a cenotaph for Isaac Newton, which would have taken the form of a sphere 150 metres in diameter, set on a circular base crowned with cypress trees. The design was never realized, but it was engraved and circulated widely in professional circles. 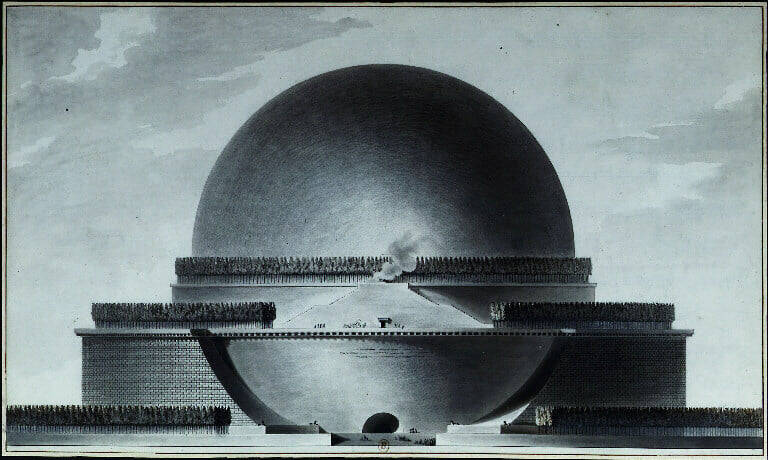 
He probably had his own Passage, for Robick knew of him, and even found his work a source of inspiration 1). 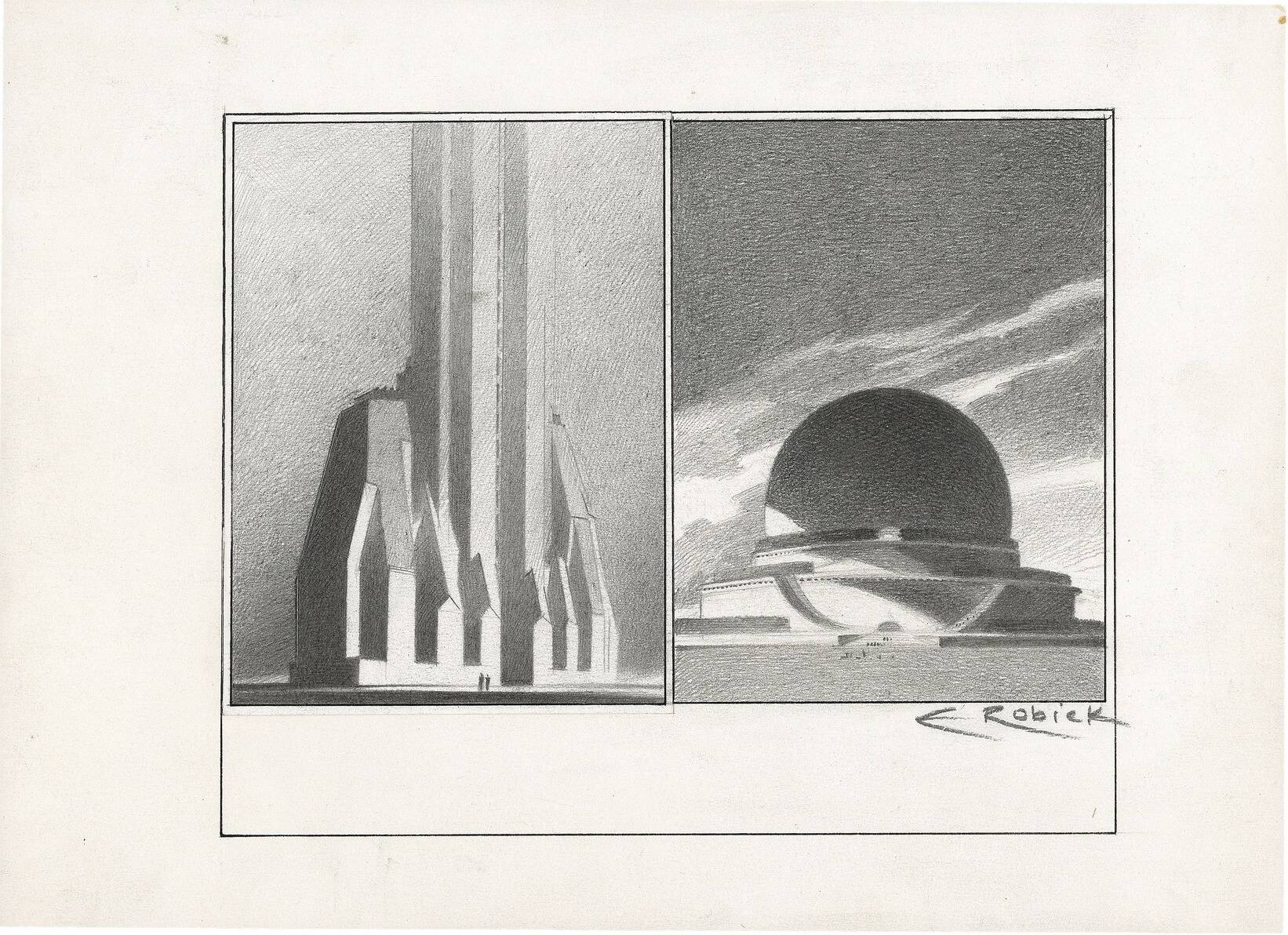