You are here » The Obscure Cities » Dictionary » Boilet, Frédéric 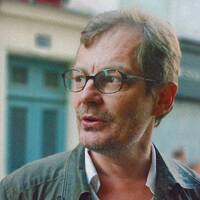 Frédéric Boilet lived in Japan where Tôkyô est mon jardin, meaning “Tokyo is my garden,” was translated in 1998 AD and Demi-tour the following year.2) He started doing work for manga magazines in the late nineties, and was a rare example of a western comics artist having some degree of success in the Japanese market 3).

In 2008 AD he returned to France where he runs the print shop Imagerie Epinal.