You are here » The Obscure Cities » Dictionary » Böcklin, Arnold 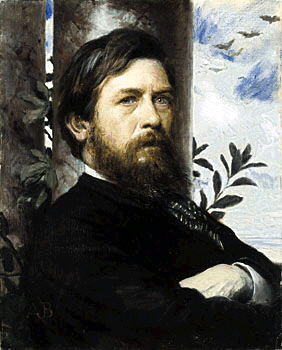 He was born at Basel. His father, Christian Frederick Böcklin (b. 1802), was descended from an old family of Schaffhausen, and engaged in the silk trade. His mother, Ursula Lippe, was a native of the same city. Arnold studied at the Düsseldorf academy under Schirmer, and became a friend of Ludwig Andreas Feuerbach. He is associated with the Düsseldorf school of painting. Schirmer, who recognized in him a student of exceptional promise, sent him to Antwerp and Brussels, where he copied the works of Flemish and Dutch masters. Böcklin then went to Paris, worked at the Louvre, and painted several landscapes 2).

After serving his time in the army, Böcklin set out for Rome in March 1850. At Rome, he married Angela Rosa Lorenza Pascucci in 1853. The many sights of Rome were a fresh stimulus to his mind. These new influences brought allegorical and mythological figures into his compositions. In 1856 he returned to Munich, and remained there for four years 3).

He then exhibited the Great Park, one of his earliest works, in which he treated ancient mythology. Of this period are his Nymph and Satyr, Heroic Landscape (Diana Hunting), both of 1858, and Sappho (1859). These works, which were much discussed, together with Lenbach's recommendation, gained him appointment as professor at the Weimar academy. He held the office for two years, painting the Venus and Love, a Portrait of Lenbach, and a Saint Catherine 4).

He returned to Rome from 1862 to 1866, and there gave his fancy and his taste for violent colour free play in his Portrait of Mme Böcklin, and in An Anchorite in the Wilderness (1863), a Roman Tavern, and Villa on the Seashore (1864). He returned to Basel in 1866 to finish his frescoes in the gallery, and to paint, besides several portraits, The Magdalene with Christ (1868), Anacreon's Muse (1869), and A Castle and Warriors (1871). His Portrait of Myself, with Death playing a violin (1873), was painted after his return again to Munich, where he exhibited Battle of the Centaurs, Landscape with Moorish Horsemen and A Farm (1875). From 1876 to 1885 Böcklin was working at Florence, and painted a Pietà, Ulysses and Calypso, Prometheus, and the Sacred Grove 5).

Böcklin died on 16 January 1901 in Fiesole. He is buried in the Cimitero Evangelico degli Allori in the southern suburb of Florence, Galluzzo (Italy) 7). 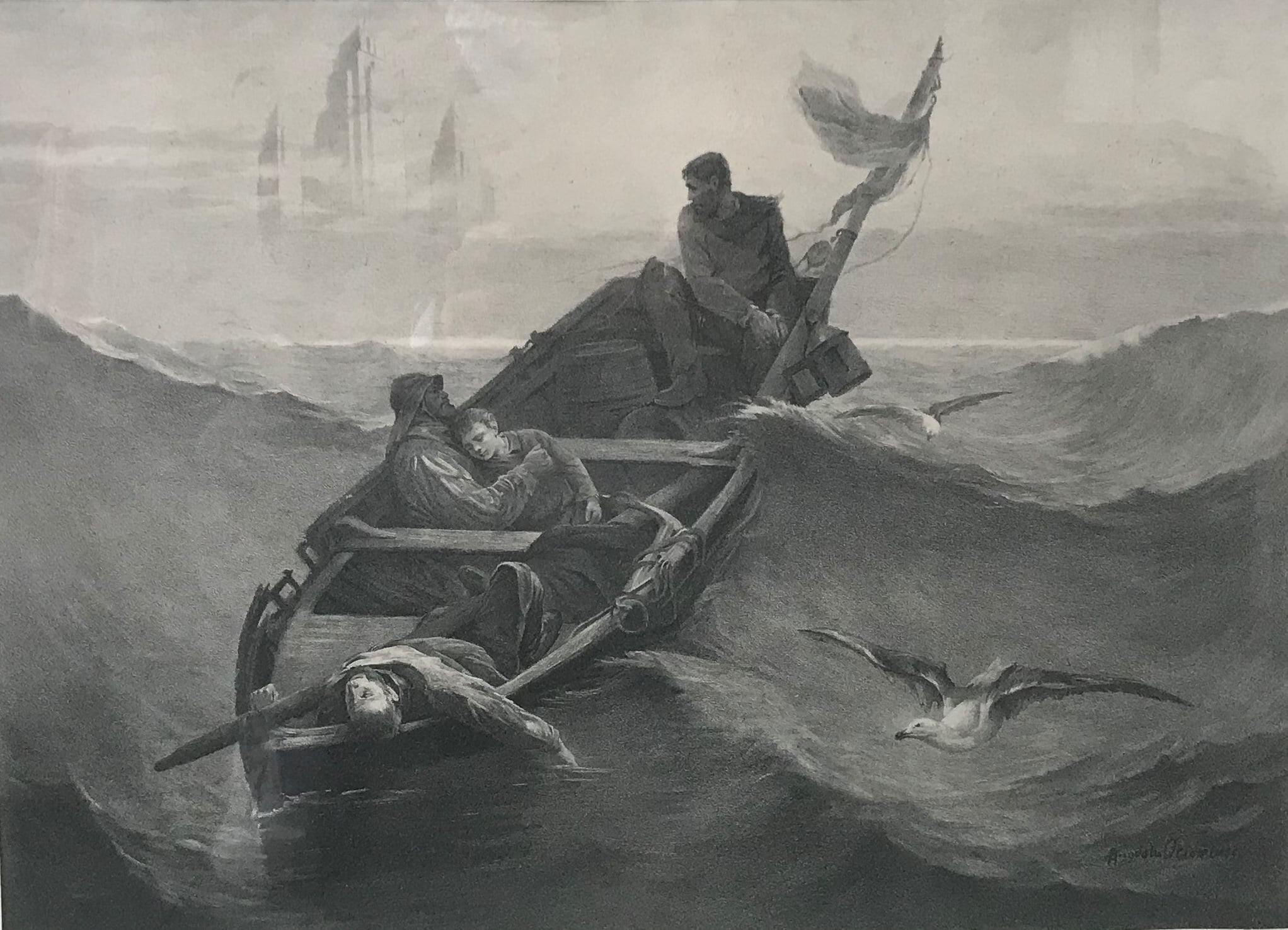 Böcklin made several paintings of the Island of Death. 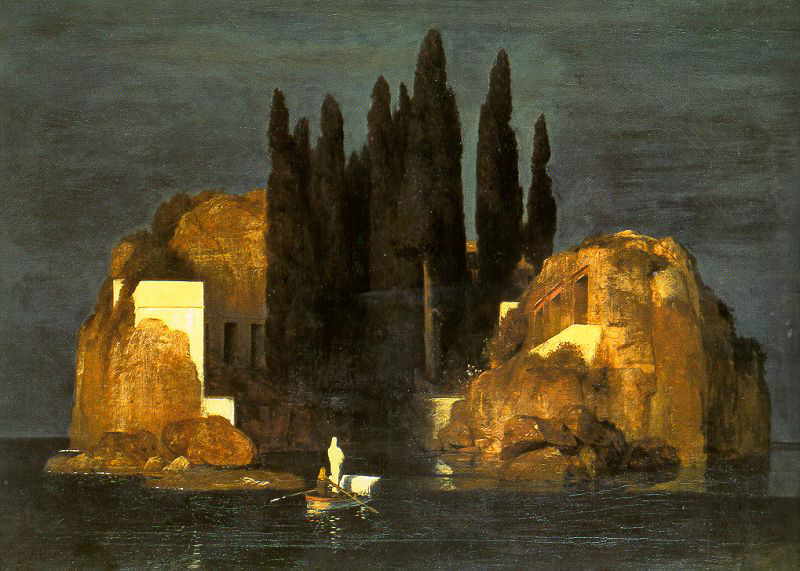 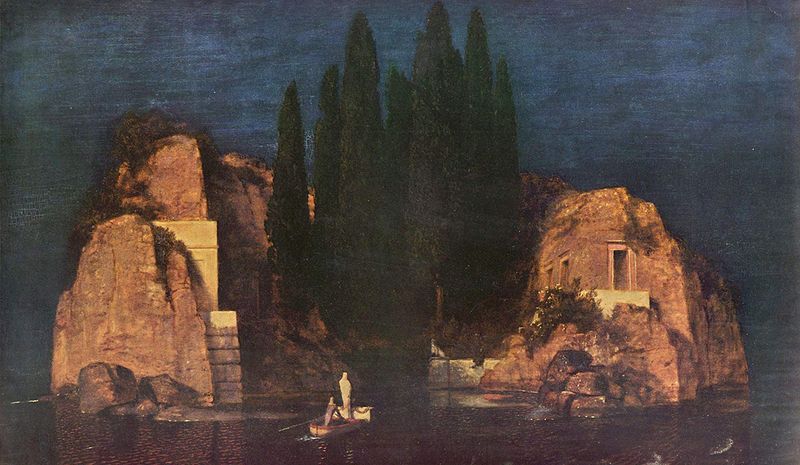 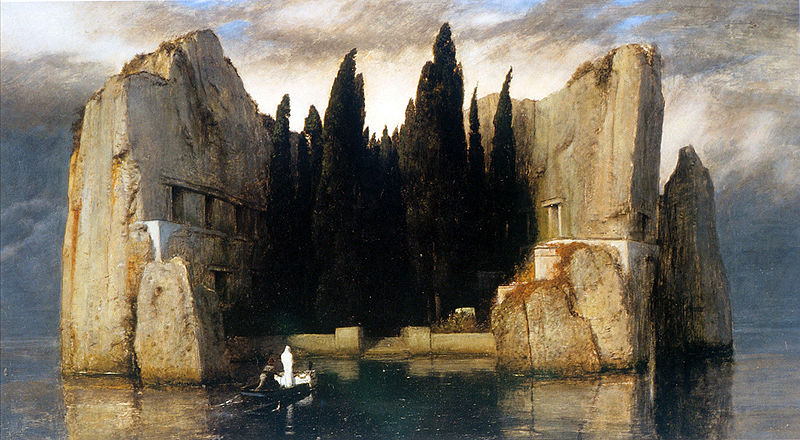 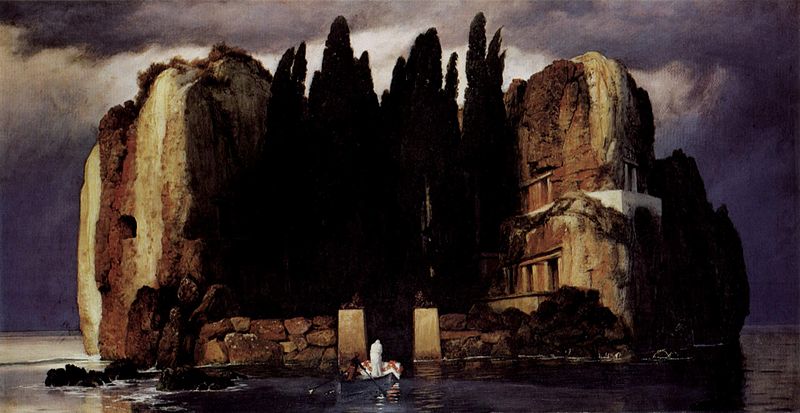 You can see the same theme in La Fièvre d'Urbicande: 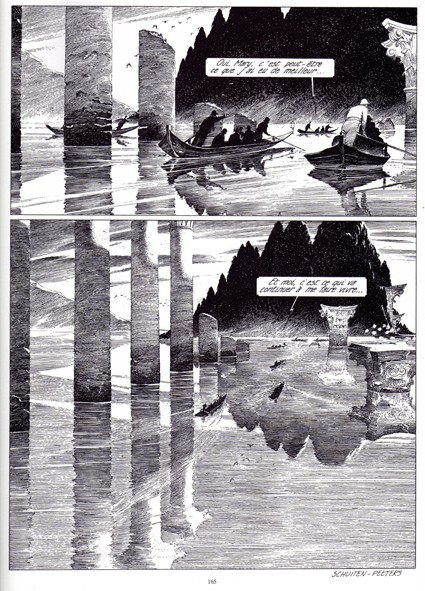 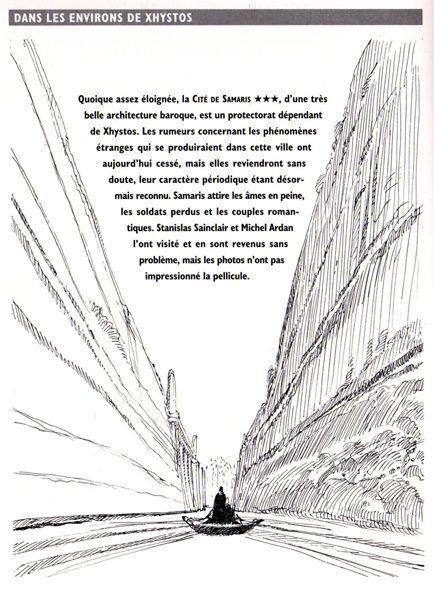 and even in Les Murailles de Samaris: 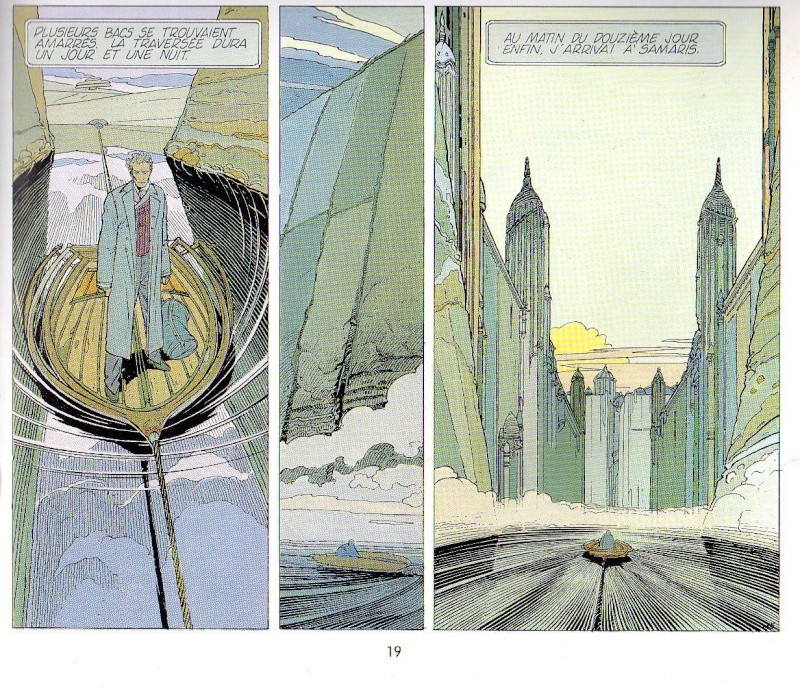 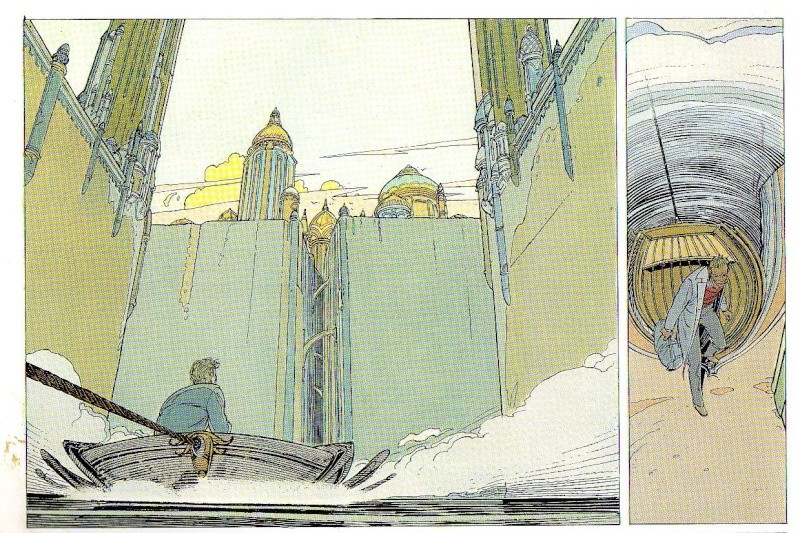