You are here » The Obscure Cities » Dictionary » Basilosaurus 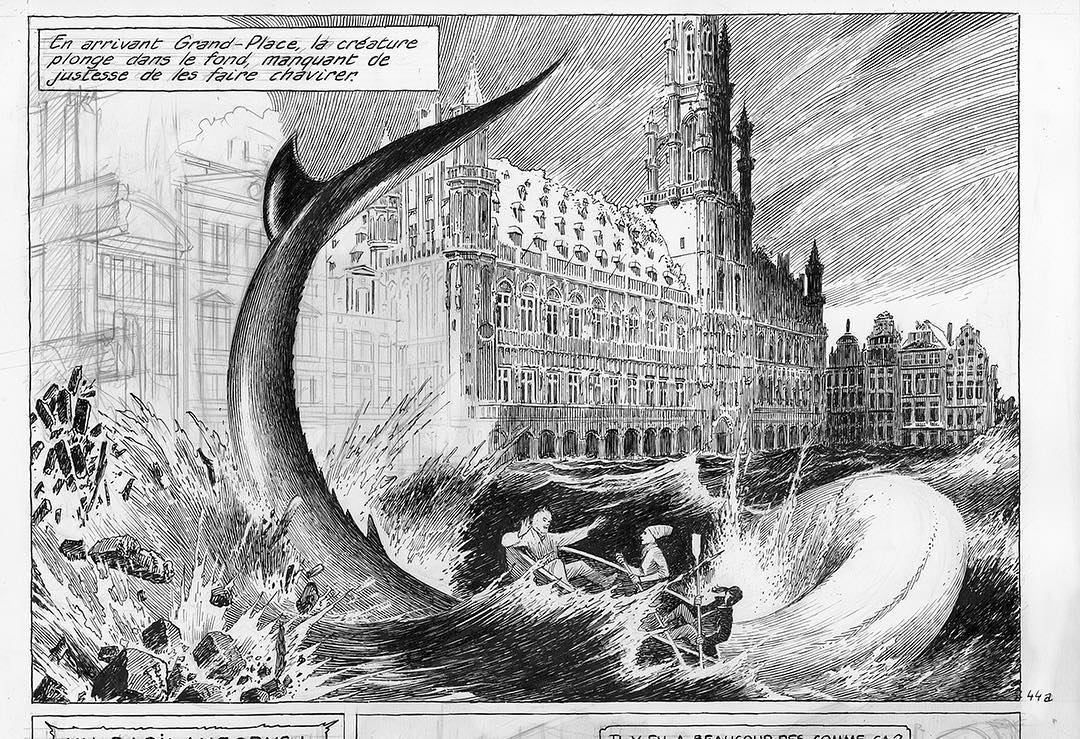 Basilosaurus (“king lizard”) is a genus of prehistoric cetacean that existed during the Late Eocene, 40 to 35 million years ago. The first fossil of B. cetoides was discovered in the United States and was initially believed to be some sort of reptile, hence the suffix -saurus, but it was later found to be a marine mammal. Richard Owen wished to rename the creature Zeuglodon, but, per taxonomic rules, the creature's first name remained permanent. Fossils of B. isis have been found in Egypt and Jordan 1).

A Basilosaurus was found at the Grand Place in Brussels in the Blake and Mortimer story 2).