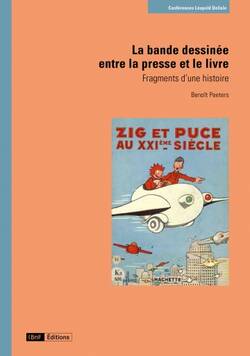 The fundamental and founding oscillation of the comic strip between the world of the press and the world of books is a major aspect of its history. There is a very memorable part linked to albums and another much more ephemeral part linked to the press. For a long time, this second aspect was less taken into account by specialists, particularly because the material was more difficult to access. The digitization of old newspapers allows us today to take full measure of them.

It is the French-speaking comic strip (essentially French, Swiss and Belgian) that is at the heart of these two conferences and the book that accompanies them.