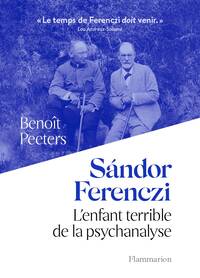 In this biography of the Hungarian neurologist and psychoanalyst, a beloved disciple of Freud, who invented the analytical cure, Peeters recounts his romantic life, examines his friendship with the master and his emancipation from him, and portrays a passionate and visionary therapist, a precursor of contemporary themes: abuse, resilience, care.

Freud's favourite disciple, Sándor Ferenczi (1873-1933) was one of the most engaging figures of early psychoanalysis and one of its most fruitful theorists. For a long time, he struggled in a tumultuous father-son relationship, between fascination and the desire for emancipation. But it is above all through the sentimental imbroglio between Sándor, his mistress Gizella, and Elma, the latter's daughter, that the drama unfolds: Ferenczi takes the two women under analysis and then, after falling in love with Elma, he sends her to continue her treatment with Freud. Soon, letters and confidences circulate in all directions, in the greatest confusion of feelings and couches. 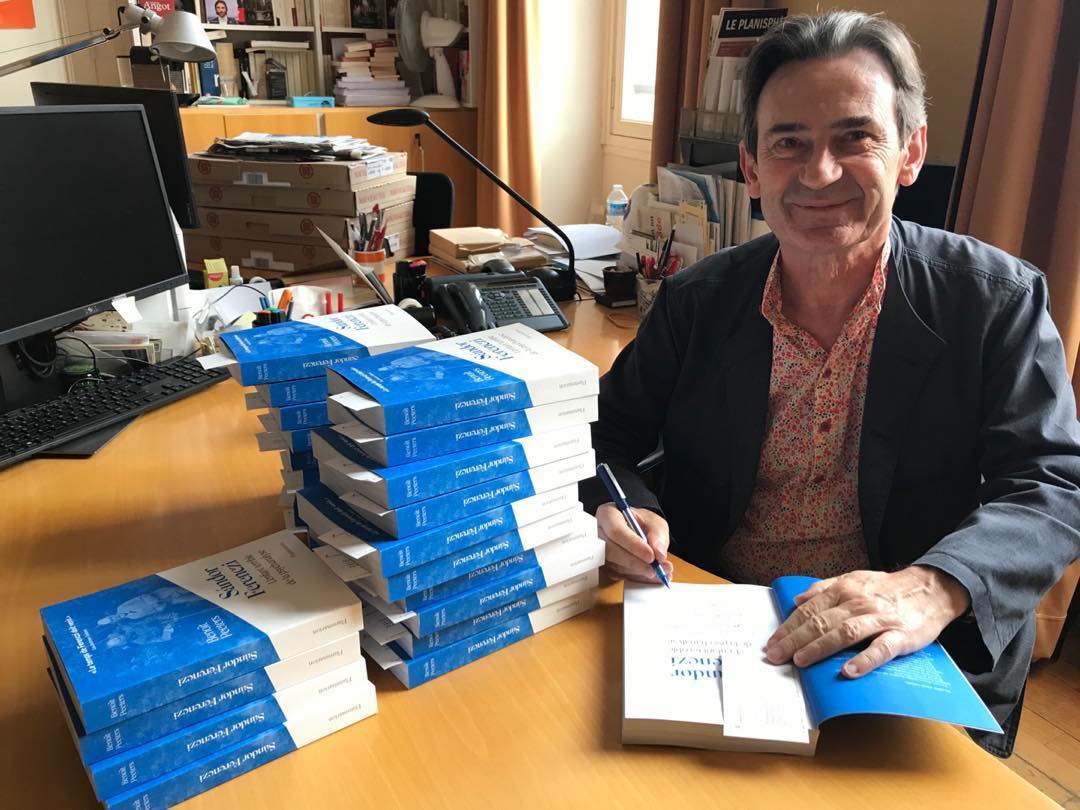 This book is neither a scholarly treatise nor a classic biography. It is the moving story of a friendship that may have been impossible and a love that was no less so. It is the portrait of a magnificent loser and a visionary analyst, considered today to be the forerunner of the most contemporary approaches to care, child abuse and resilience.

The publisher made a short introduction video with Benoît Peeters answering four questions about the book.

Jan Baetens wrote the following review in August 2020 on Leonardo 1).

This is the fourth great biography of Benoît Peeters, after his acclaimed books on Belgian comics artist Hergé (Hergé, Son of Tintin, Johns Hopkins UP, 2011), French philosopher Jacques Derrida (Derrida: A Biography, Polity Press, 2012) and French poet and philosopher Paul Valéry (Paul Valéry: Tenter de vivre, Flammarion, 2014). Although not directly related to his professional career as scriptwriter, comics, and visual studies scholar (in 2015, he was appointed as the UK's first ever comics professor at the University of Lancaster), Peeters’s life-long interest in psychoanalysis is present in all his writings and takes here an explicit form in this biography of one of the most touching as well as most heartbreaking figures of the psychoanalytical movement. Born in 1873 and thus almost 17 years younger than his “father” Freud, Ferenczi died in 1933, that is six years before Freud who at the end of his life had felt betrayed by the independent, unorthodox thinking and working of his “son”. Longtime marginalized, made utterly suspect and eventually almost forgotten, Ferenczi’s work and thinking has known an important revival since various decades. His exceptional commitment to psychoanalysis not just as a theory but as a cure and a therapy are nowadays considered crucial to both the technique and the ethics of psychoanalysis. His increasing emphasis on empathy in the relationship between analyst and patient (it would be a slight anachronism to refer here the notion of “care”, although this is clearly part of Ferenczi’s intellectual and emotional horizon) also makes him an extremely contemporary figure. His special awareness of child abuse, which he did not discard as “fiction”, like official psychoanalysis longtime wanted to have it, makes its importance even more timely, as shown by the recent outburst of child abuse affairs and scandals (to which one might add also the #metoo movement).

Sándor Ferenczi: L’enfant terrible de la psychanalyse is a biography that rightly focuses on Ferenczi as a public figure. His relationship with Freud, the role he played in the introduction and development of psychoanalysis in Hungary, the synergies and conflicts in the international psychoanalytical society, his travels (with or without Freud) to the US and elsewhere, the elaboration of a therapeutic technique and above all the progressive understanding of the limitations of orthodox psychoanalysis at the same time as his constant desire to frame his less orthodox ways of thinking and doing not as a critique of Freud but as expansions and continuation of his foundational take on psychoanalysis, are the chief perspectives of Peeters’s biography. In the case of Ferenczi, however, the boundaries between the public and private spheres are impossible to maintain. His own life displayed many examples of the painful confusion between the role of the analyst/scientist and his personal if not very intimate feelings and attitudes, as most tragically exemplified first by the tortured relationship with his companion (and later spouse) Gizella and the latter’s daughter, Elma, who with whom he has been in love while simultaneously having her as a patient, eventually even sending her to Freud to continue her treatment, and second by the no less strenuous relationship with Freud himself, whom he both worshipped as a father and challenged as a competitor. But also Ferenczi’s theoretical contributions to psychoanalysis testify of the refusal to separate “science” and “life”. As Peeters convincingly demonstrates, there is a direct link between the growing dissatisfaction with orthodox psychoanalysis and his problematic human relationship with Freud. The biographical clash between “father” and “son” translates into the theoretical and methodological critique of the “coldness” of the analyst (an axiom of classic psychoanalysis) as well as the growing belief in the necessity of understanding, care, and empathy on the side of the analyst (a “female” position strongly discredited by Freud as anti-scientific). 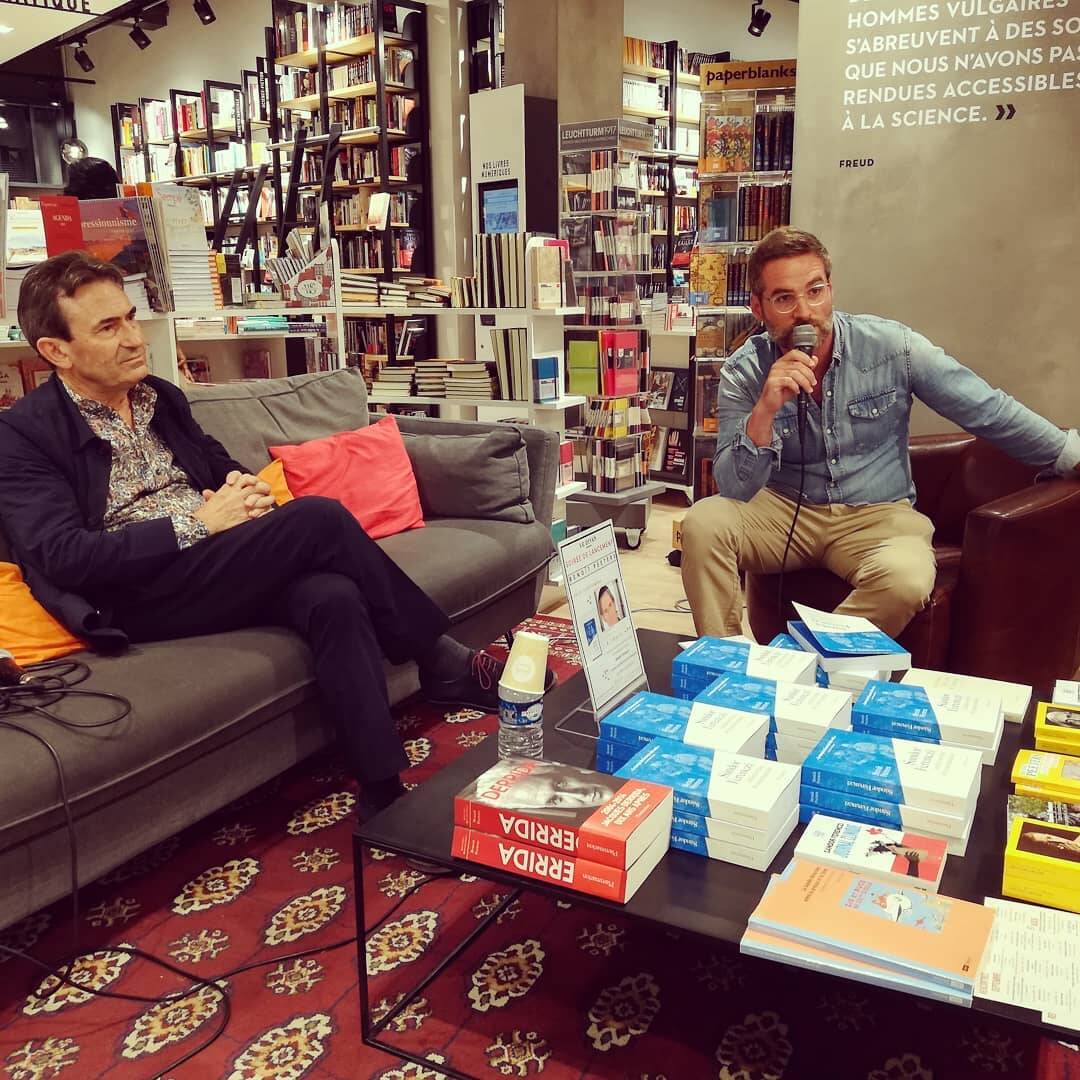 Peeters’s approach as a biographer takes the best of both worlds, that of the “all facts” Anglo-Saxon tradition and the of the more “literary” way of doing, while also escaping the possible pitfalls of either method (an excessive focus on “evidence” in the case of the Anglo-Saxon biographies, a tendency to give priority to the biographer at the expense of the portrayed person in the case of the French biography). Based on a perfect synthesis of all publicly available material in French and English, Sándor Ferenczi: L’enfant terrible de la psychanalyse is thus a kind of analytical novel, which does not “invent” a new alternative way of rewriting Ferenczi’s life –something much needed after the biased and unfair presentation of Ferenczi in Ernest Jones biography of Sigmund Freud (three volumes published from 1953 to 1957, a work initially taken as the “official” biography, today discredited in more than one regard)– but presents its material from a certain point of view, in line as well as sympathy with Ferenczi, and according a rhythm and logic that is also indebted to a more essayistic way of writing, as shown by the exceptional care that Peeters takes of the pace of his writing, closer to that of a novel than to that of a traditional biography.

The most striking and truly admirable feature of Peeters’s work as a biographer is that he succeeds in giving a clear idea of the intellectual and historical background of theoretical debates, concepts, and discussions without having to burden his reader with detailed and highly specialized information on the disciplinary and theoretical context of the story that he is telling. Peeters’s much acclaimed biography of Derrida, for instance, managed to perfectly sketch the meaning of “deconstruction” about without having to sacrifice the properly biographical stance to a technical description and discussion of this new philosophical tradition. In a similar vein, his book on Ferenczi, which is also a book on the life-long but very complex relationship between the scientist who “made” psychoanalysis (and who progressively proved to be more interested in theory than in actual therapy) and the one who “did” psychoanalysis (and whose scientific and theoretical concerns were inseparable from a deep-felt need to actually help patients), is not a book that also contains long explanations on the basics of Freud’s theory. Not because the knowledge of this theory is taken for granted or considered a necessary prerequisite for the reading of this biography, but because Peeters has developed the art of discussing theoretical and methodological questions through his discussion of actual biographical facts, here often based on the selection and clever comments of fragments of letters –in many periods the chief way of communication between two persons who did live in different cities, Vienna and Budapest. This is a great achievement, not only in terms of readability but also in terms of actual relevance of the concepts and debates under scrutiny, which are presented in light of their historical as well as contemporary relevance.