Mysterious return of Captain Nemo (The)

The mysterious return of Captain Nemo in the temporary title that we will use for the new Les Cités Obscures album that is projected to be release in the Autumn of 2023 by Casterman 1).

It will not be a comic book, but a text-image story, in the same way like L'Archiviste and L'Echo des Cités 2).

For now François Schuiten has made six black and white drawings. Benoît Peeters wrote the first texts around them. They will now work together on the remaining story. Laurent Durieux will help with the graphical aspects of the second part of the story.

The album has yet not been published. All information published here can be changed. We will keep a close look at the developments and publish our findings here.

During a meeting in Amiens in June 2022 François Schuiten talked about the Octopus Garden. The development of the sculpture is going slowly. It even seems that the final sculpture isn't fit for the projected place in front of the train station. A new place is being searched for. During the meeting François also confirmed that the next album of the Obscure Cities will take place in Amiens.

Nicolas Rivoal made the following pictures of this event.

The idea is Captain Nemo who crosses the seas, arrives towards the coast, goes up to the hortillonnages, discovers the cathedral, then the link with the Perret tower. 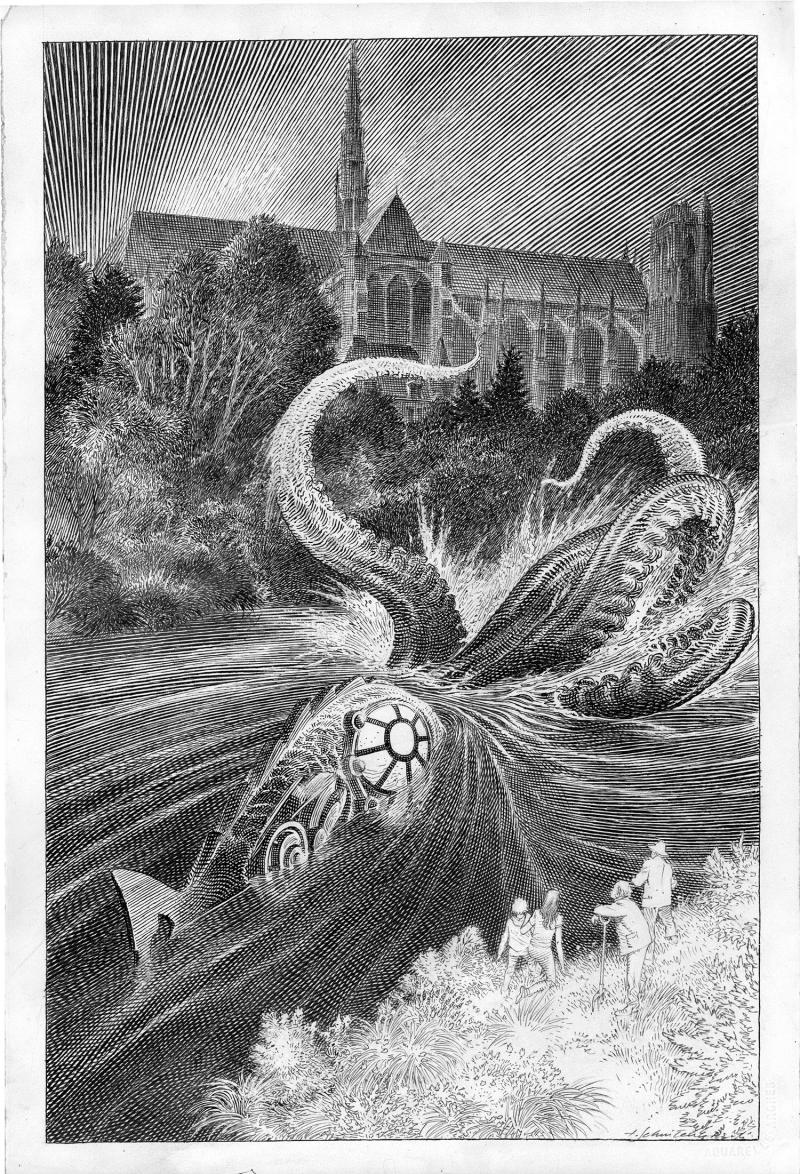 Schuiten: “For now, I have made several drawings. We will now write it with Benoît Peeters to make it a new chapter of the Obscure Cities. Benoît has written a text around my first images, entitled The mysterious return of Captain Nemo. It will not be a comic book, rather an illustrated book.

And it would start with images like the engravings of Jules Verne's books, then the Nauti-Octopus would take on a presence, a different texture, for which I will ask my friend Laurent Durieux.” 3) 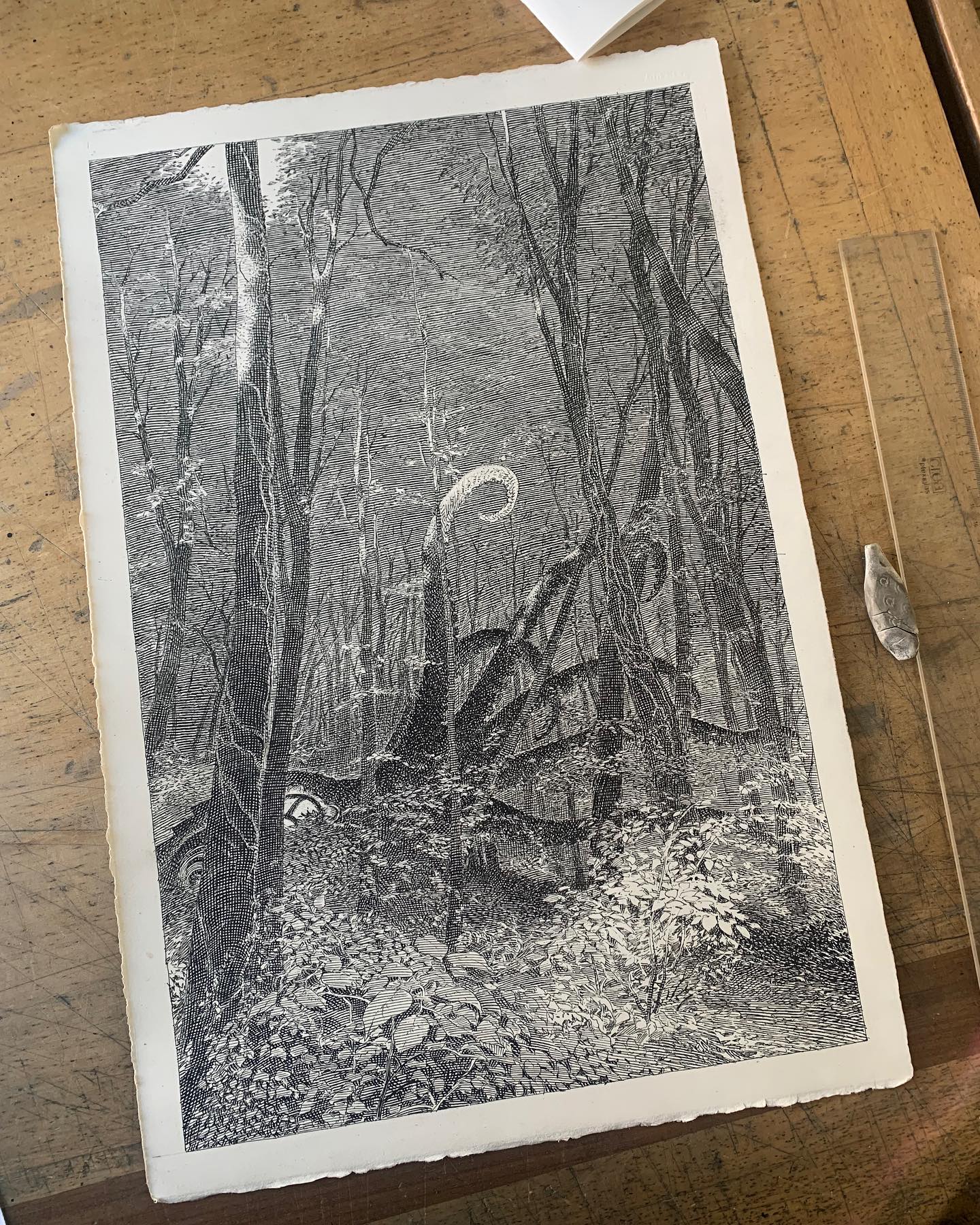 Schuiten: “The idea, for us, is to rebuild a dark City that has an anchor, the book would be linked to the Cities but also to a place. And the fact that this anchor is in the city of Jules Verne would be a beautiful story. A way of talking about the relationship between the imaginary and the real.

A somewhat hybrid object, like sculpture itself… Because it is also a question of nourishing the history of sculpture, of ensuring that it is not only a work placed somewhere, but the result of a whole maturation. We must not leave the sculpture orphaned in its history.” 4) 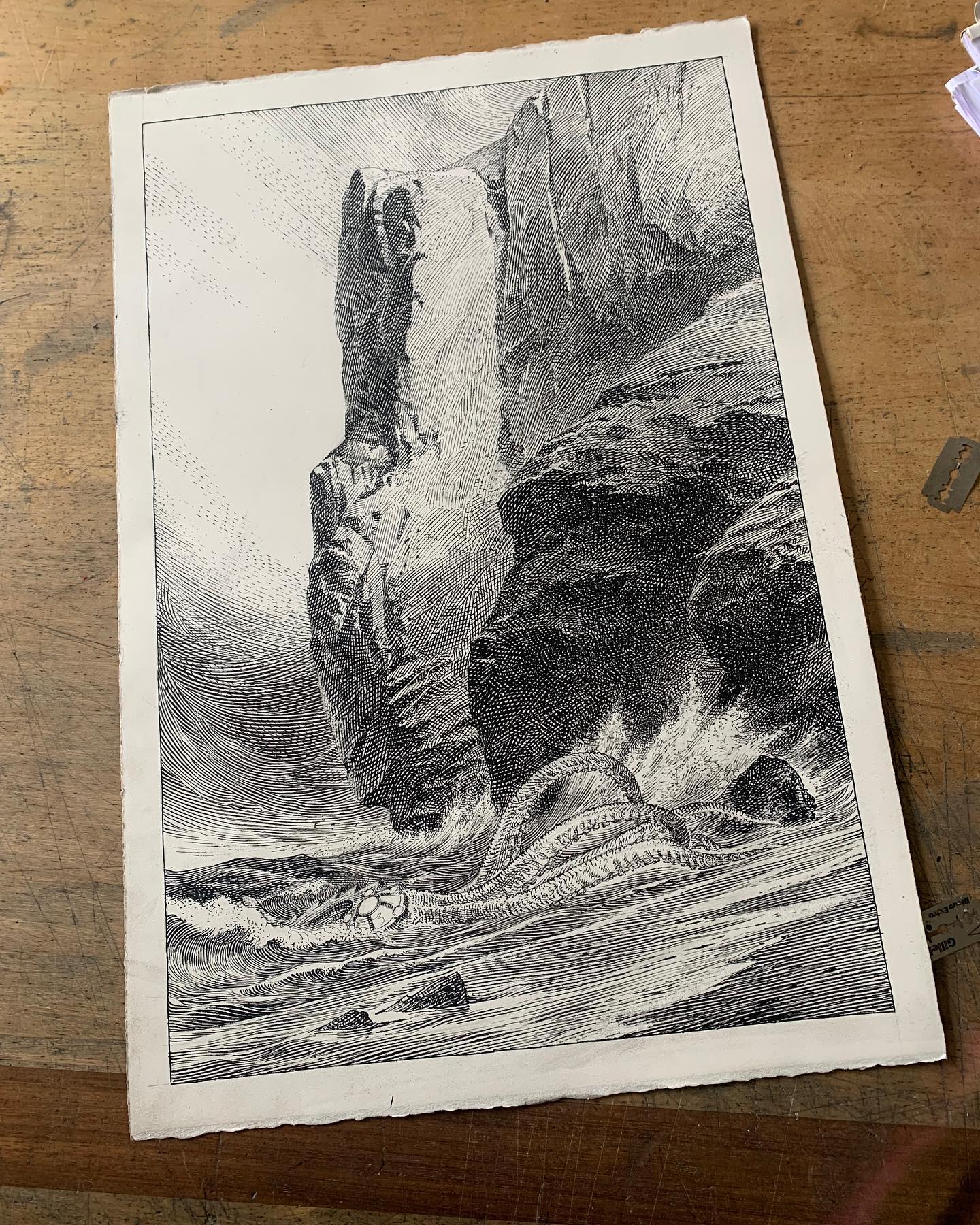 Francois Schuiten worked with the sculptor Pierre Matter on the Octopus garden project in Amiens. Their first idea involved the rocket from Verne's story From the Earth to the Moon, but without the context of the story the sculpture was quite aggressive.

Schuiten says “And then I began to think about the Nautilus, the battle with the octopus and then the relationship between the two. And we had this idea with Pierre to move towards a form of hybridity.

Today, we know that we will soon have transplants, avatars, therefore bridges between the animal and mechanics. And I think that if Jules Verne lived today, he would certainly have visions of it. With this Nauti-Poulpe, we try to find the object that can embody Jules Verne's presence in Amiens.” 5)

The artwork of this album that has been published until now. 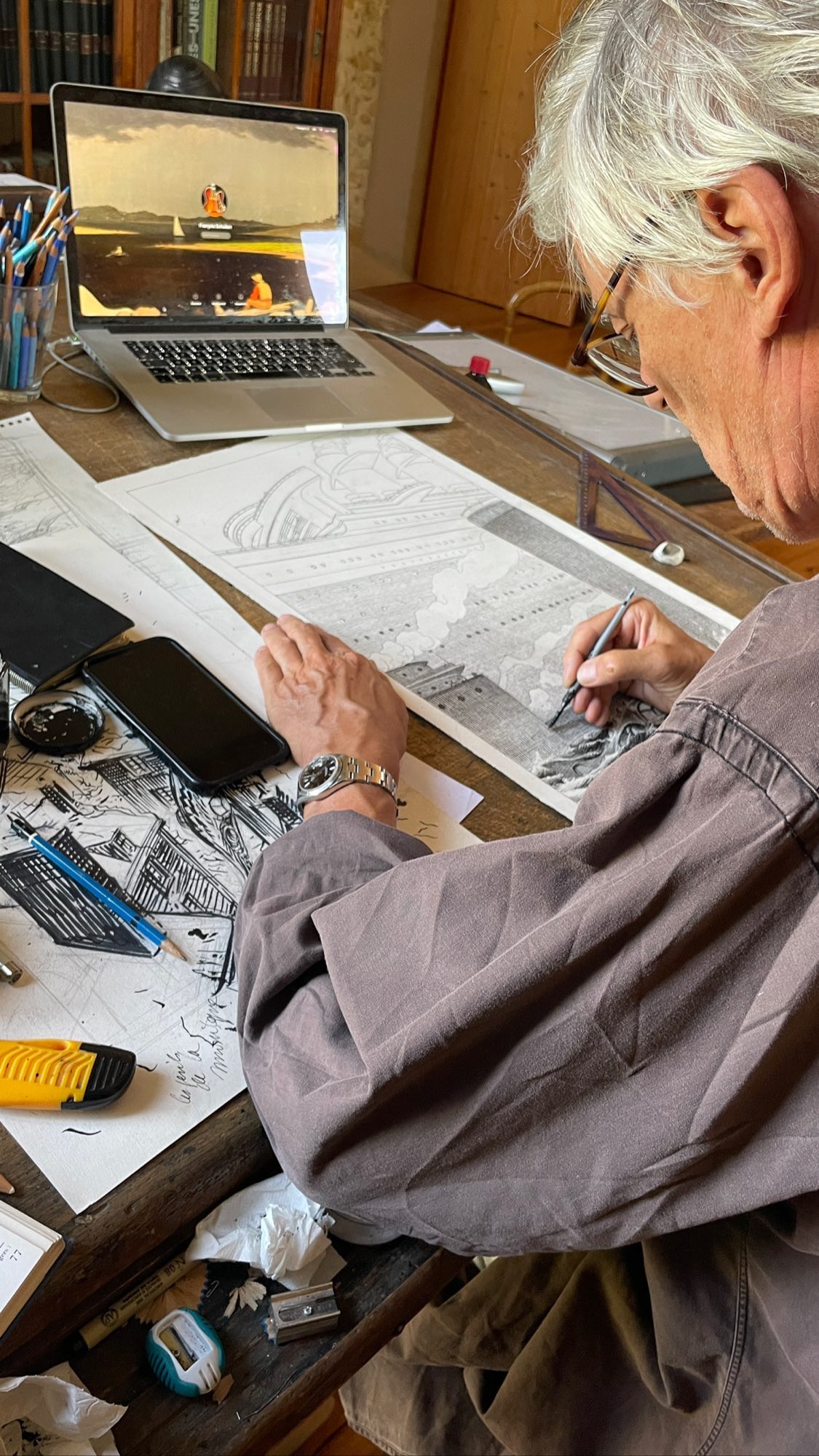