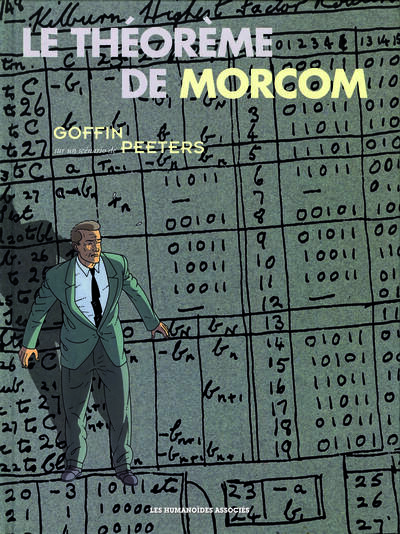 Le Théorème de Morcom is a comicbook drawn by Alain Goffin, based on a scenario by Benoît Peeters.The album was published in October 1992.

On the death of the illustrious logician Julius Morcom, Fred Mathison, reporter at the Journal of Science, decided to write an article retracing the career of the brilliant man. Soon he will discover that Morcom was far from being a lambda mathematician. And that his work on the “universal machine” interested more than one.

Some example pages of the album.