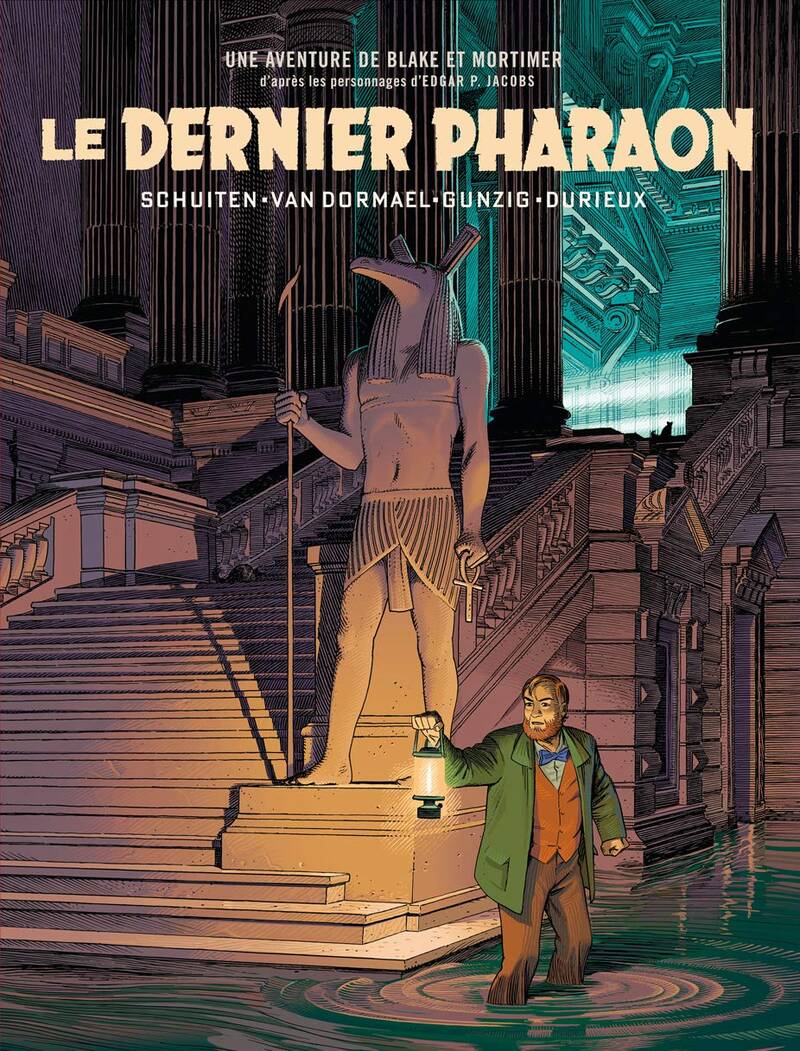 The album is released as the 11th album in the “Autour de Blake et Mortimer” series. The release date of Le dernier Pharaon is May 29, 2019. The French and Dutch versions are released at the same time.

The making of this album took over three years. You can find a dossier on this at Blake and Mortimer by François Schuiten. 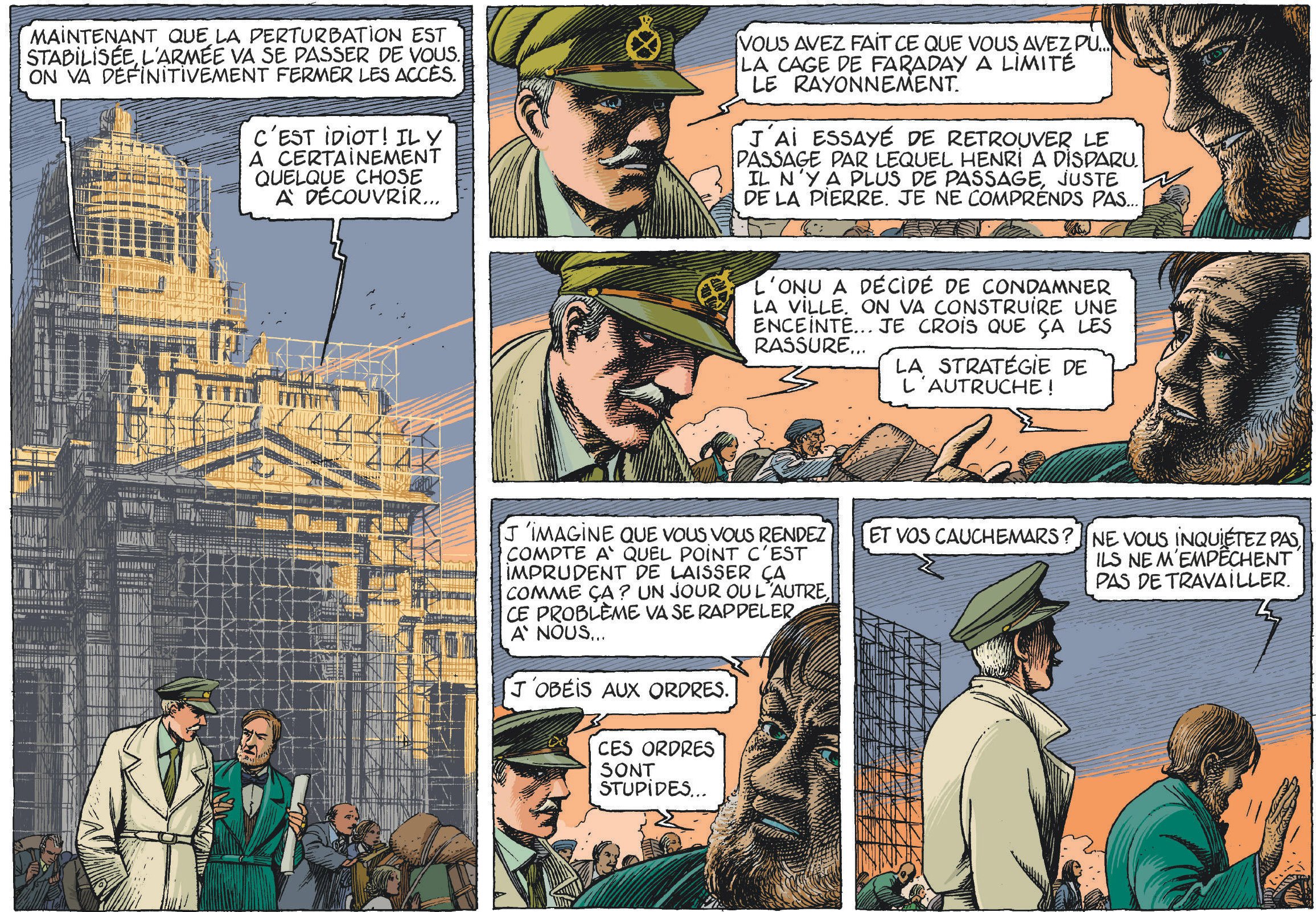 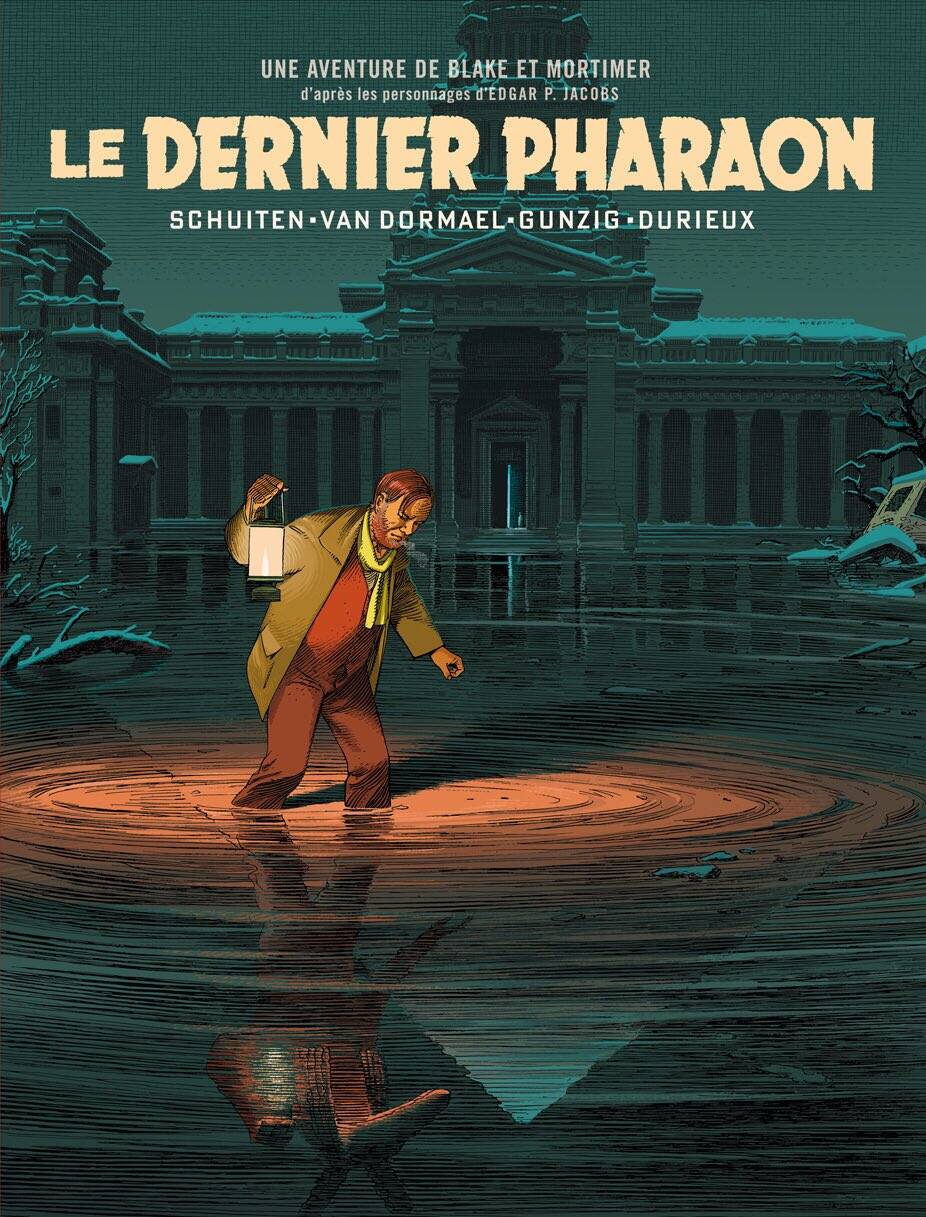 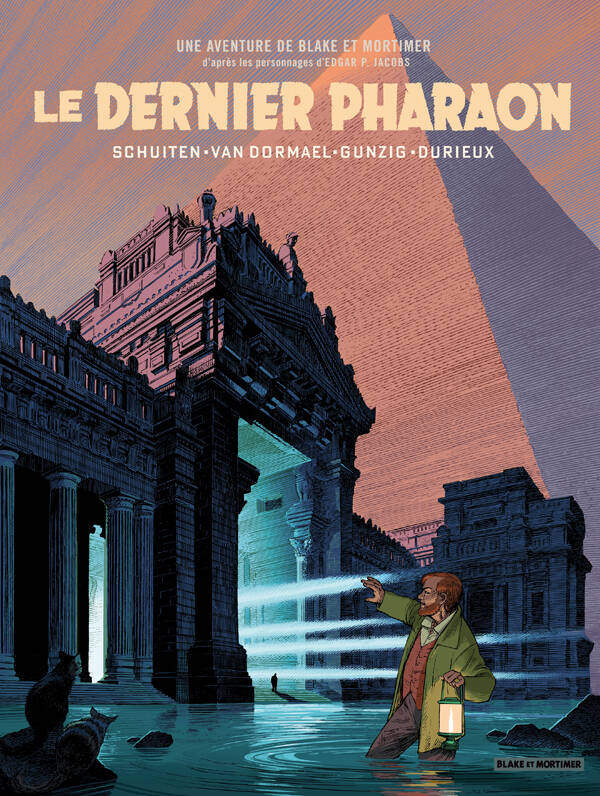 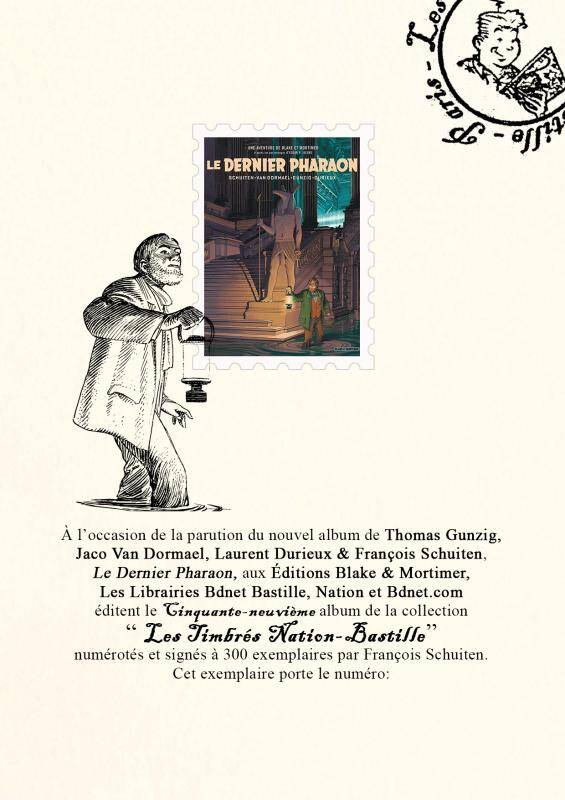 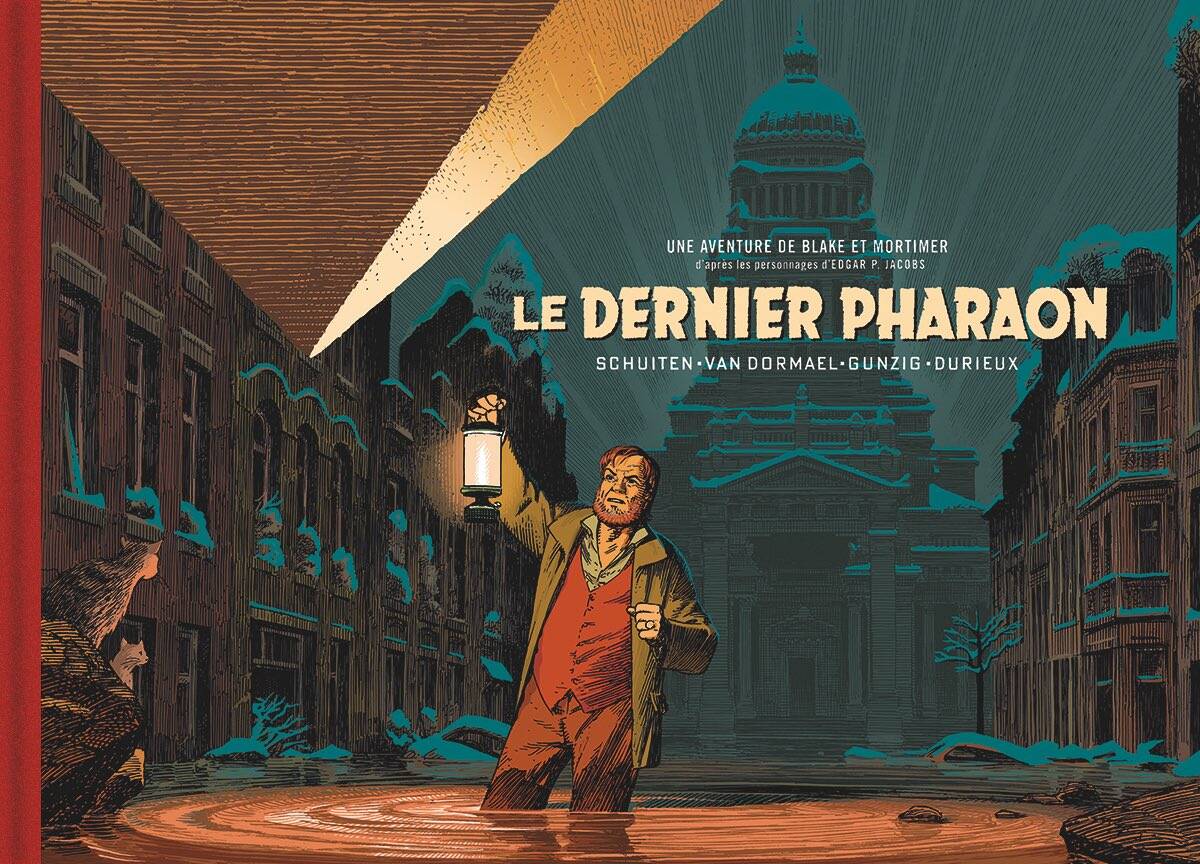 800.020 - Albums & Books
1)
See: https://www.rts.ch/play/radio/vertigo/audio/linvite-franois-schuiten-le-dernier-pharaon?id=10445238
2)
According to projections about 2.500 copies were ordered during presales. And although the intention of the publisher has always been to publish a limited edition, it was also not possible to print more. The print run took almost 3 weeks at the Italian printer LEGO. Both editions were printed on a special printing line together with the French edition (see: http://www.stripspeciaalzaak.be/StripFacts.php#Laatste-Farao).