You are here » The Obscure Cities » Albums & books » Dolorès 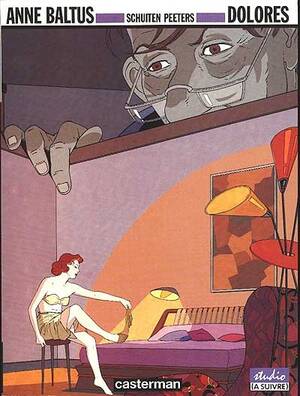 Dolorès is a comic album by Anne Baltus, Benoît Peeters and François Schuiten published in 1991.

The existence of Georges Leterrier rocked the day a beautiful Hollywood limousine broke down in front of his suburban home. Dolorès Moore, a film superstar, discovered at this occasion his meticulous talented as designer. She proposes to reproduce her villa. The excessiveness of the project turns to delirium …