Bruxelles, un rêve capital is a 128 page book by François Schuiten and Benoît Peeters that was published on October 20, 2021 by Casterman. There was a meeting to celebrate the release on October 19, 2021 in comic shop Brüsel in Brussels. 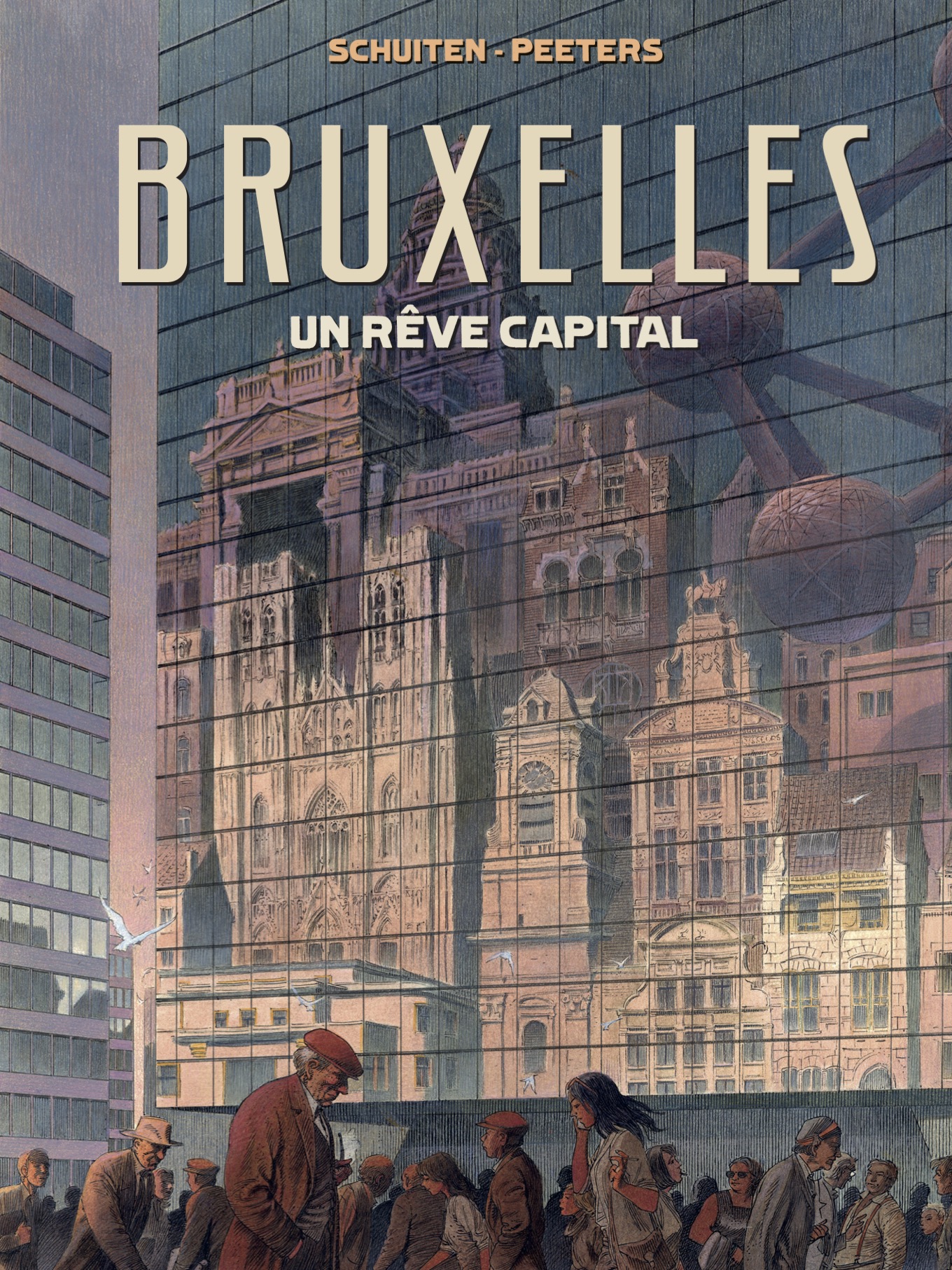 François Schuiten and Benoît Peeters started this project early 2021.Together with Jack Durieux they worked on this book to complement their famous album Brüsel.

Schuiten, Peeters and Durieux met for the first time in January 2021 to discuss the plans. 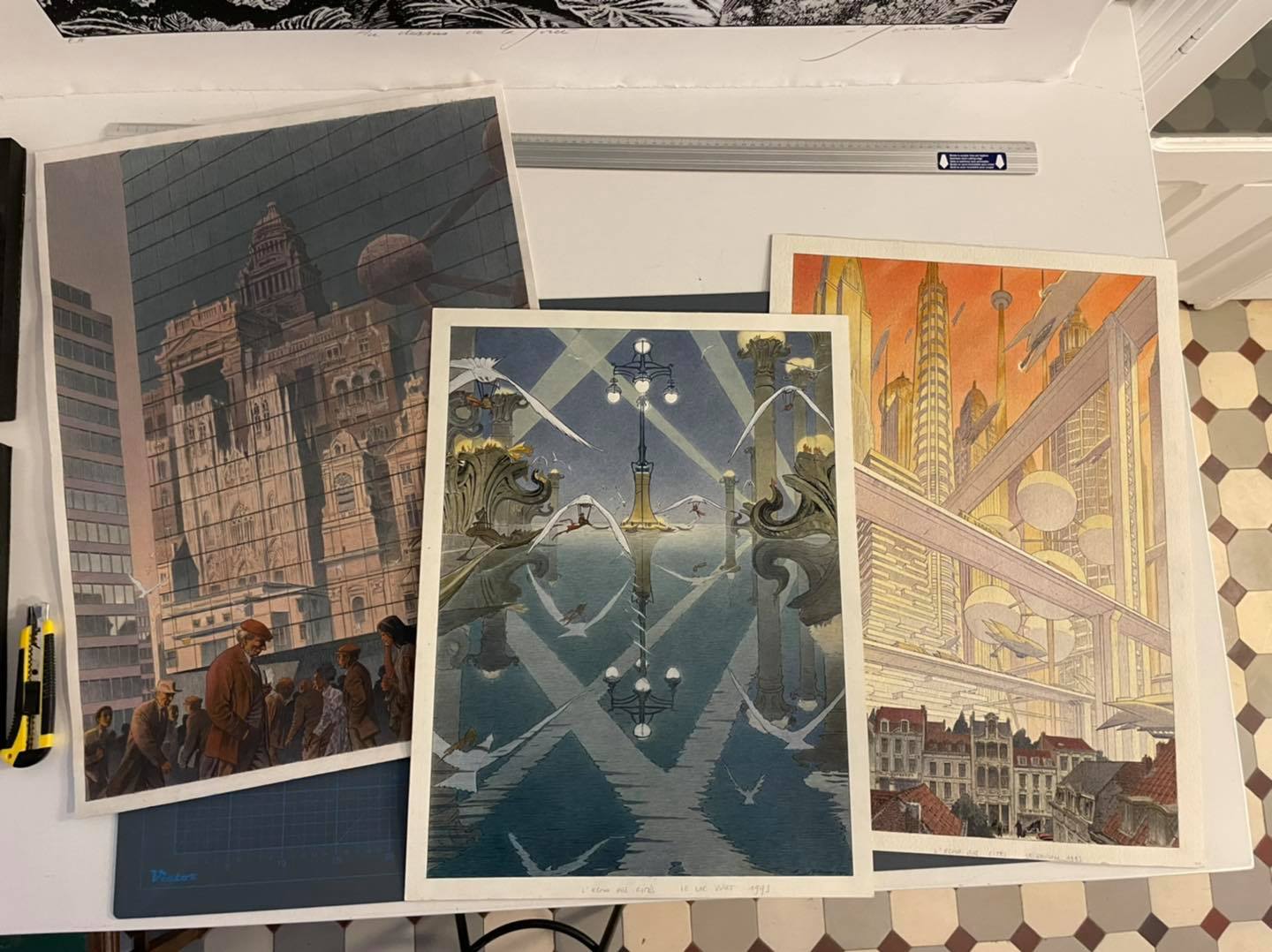 Schuiten has made many images about Brussels over the years. Many of them were never published before. Benoît Peeters has written a new text to accompany the drawings of Schuiten. It won't be a comic album but a subjective view on Brussel. Jack Durieux has made the design of the book.

As if in response to the album Brüsel, the fifth volume of the mythical Cités obscures, Schuiten and Peeters give us a view of the city from a historical, architectural and dreamlike angle.

“The souls hidden in the cities, like the flowers that hide in the meadows, are always the prettiest. Ah! I would like to see what is hidden in Brussels…”. These words of Octave Mirbeau, Benoît Peeters and François Schuiten like to use them to lift a few corners of the veil.

Brussels has been turned upside down by history, just like Belgium finally achieved independence in 1830. Since then, its capital has never ceased to be open to the world. Housing some remarkable buildings such as the imposing Palace of Justice, the houses of Victor Horta or the Saint-Hubert Royal Galleries.

In this beautiful book in the form of a walk, Schuiten and Peeters invite us to (re)visit the capital of Europe, a city of many charms that has always resonated with their work. Casterman 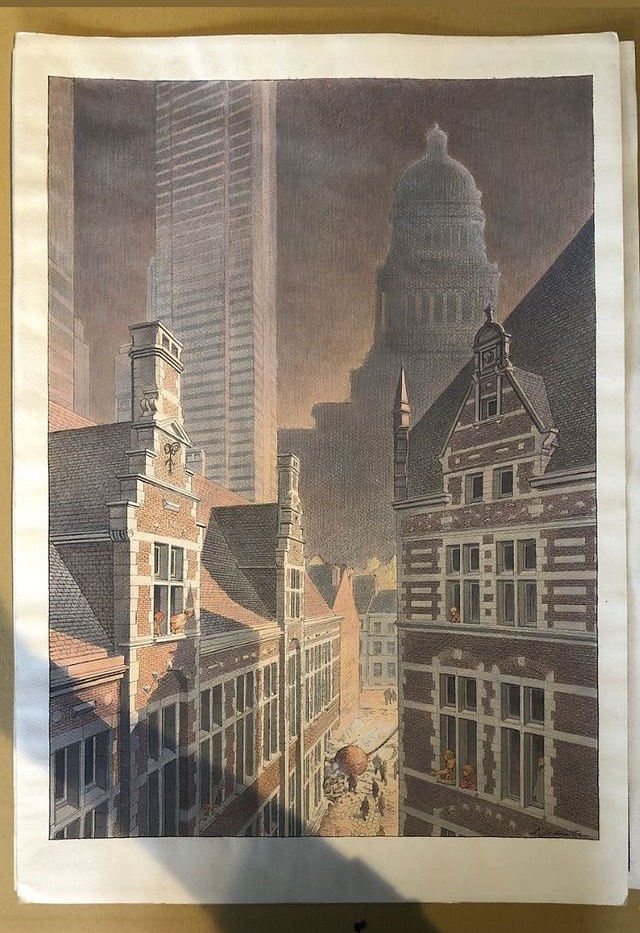 A previous unpublished image of the Brussels Expo that will get added to the book. 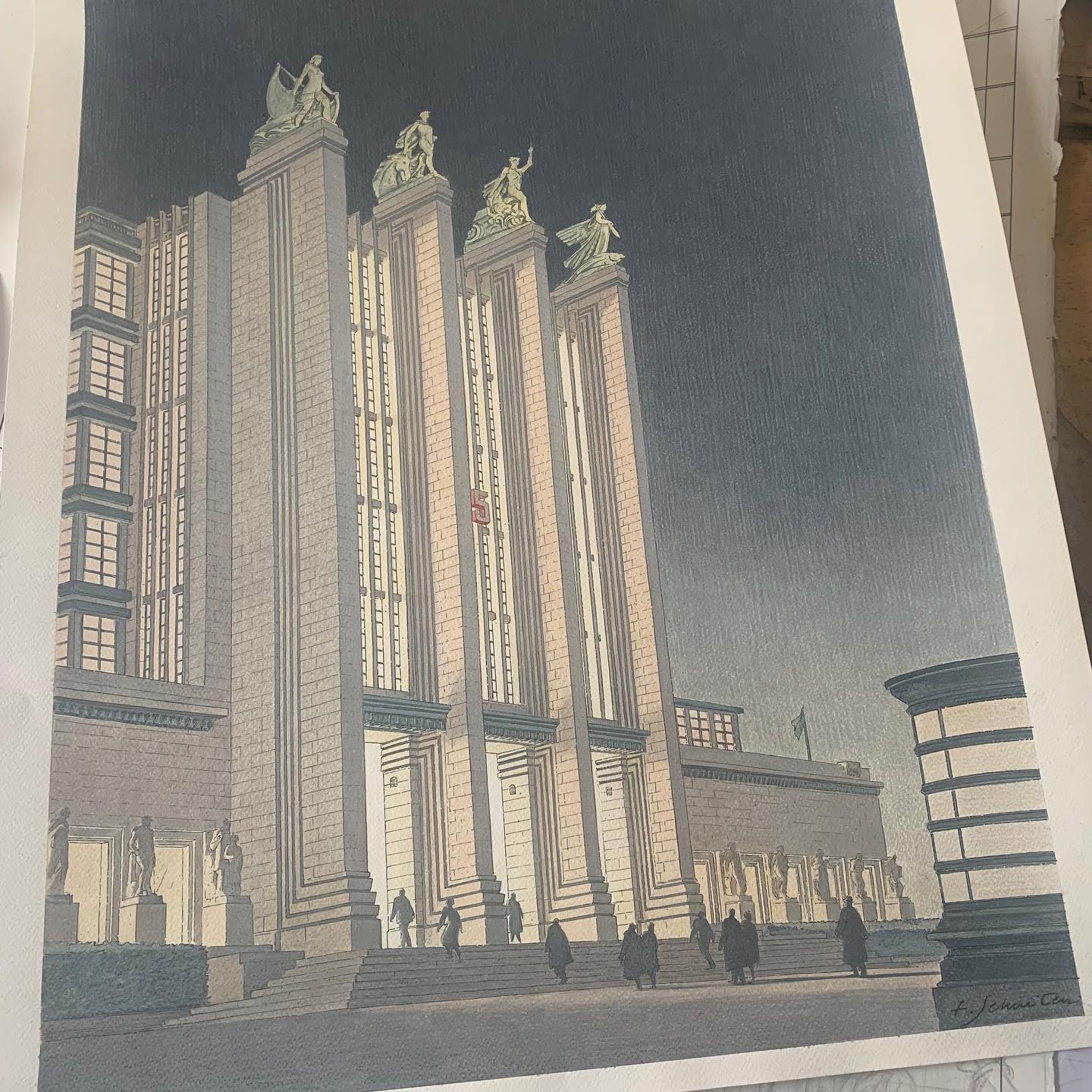 On October 19, 2021 comicshop Brüsel organised an event for the launch of the book “Bruxelles, un rêve capital”. 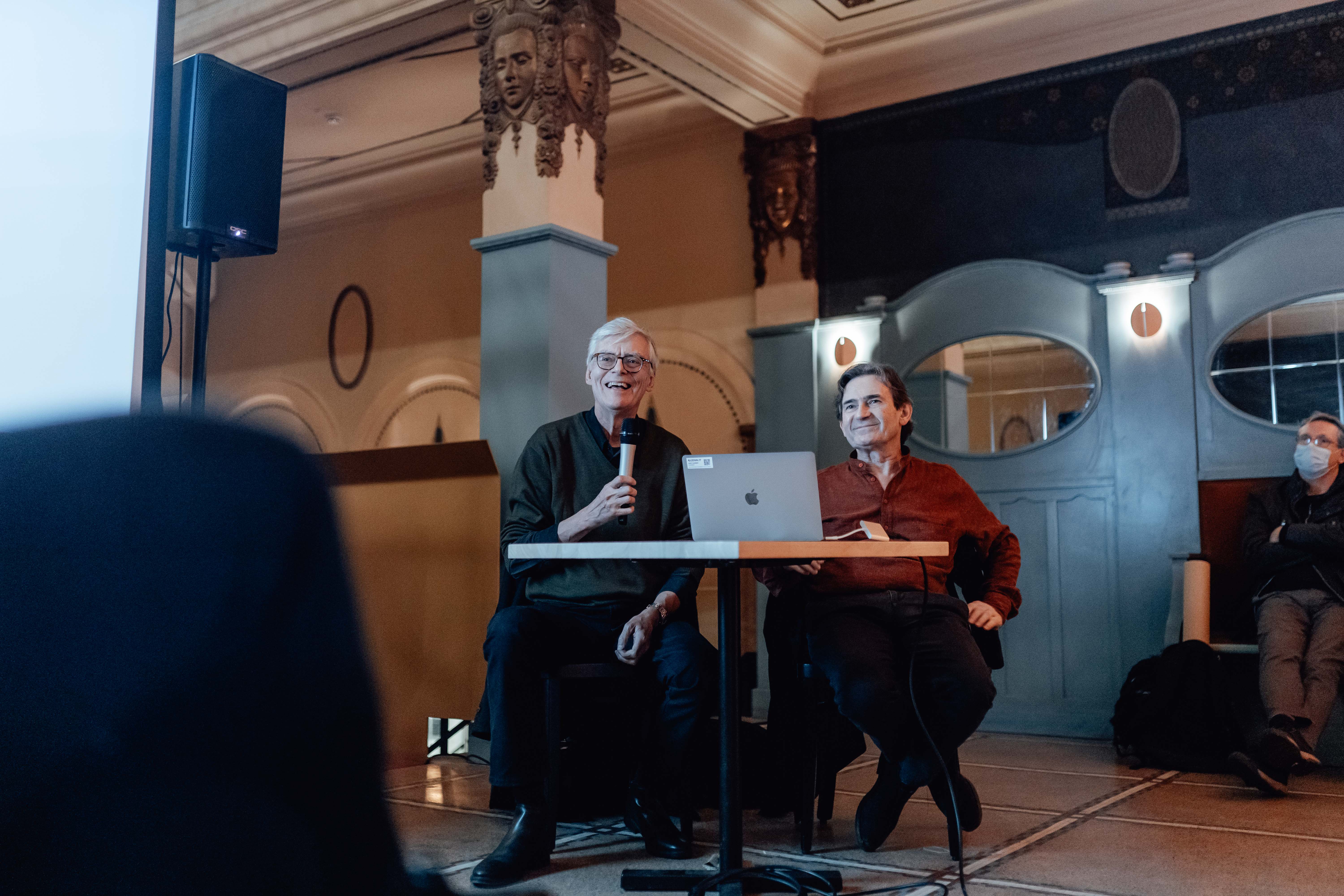 Guided by Thierry Bellefroid, François Schuiten and Benoit Peeters gave a fascinating talk in the superb foyer of the Palace cinema opposite comic shop Brusel Anspach, one of the little-known pillars of Brussels' history that are featured in this beautiful book published by Casterman BD.

Editor Casterman published a press dossier with an interview with Schuiten and Peeters.