Images by Schuiten up for auction

Two pilot cover pages of La Fièvre d'Urbicande. For the cover, Schuiten made 8 cover proposals. An collector bought the two (both offered in this auction) that were closest to the final cover. Both are 23 x 27,7 cm and drawn in India ink. The estimated price is between 5.000 and 6.000 euros. 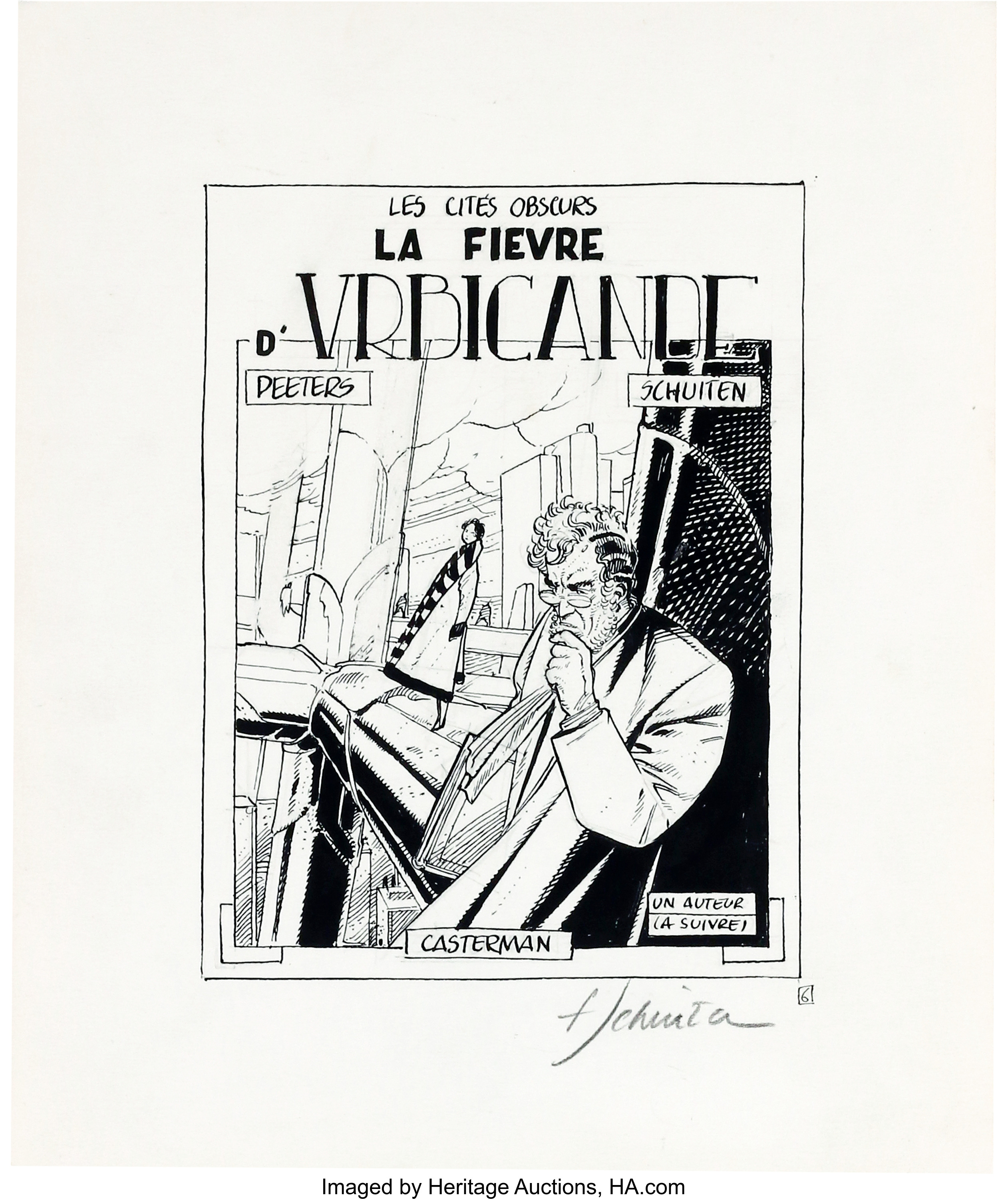 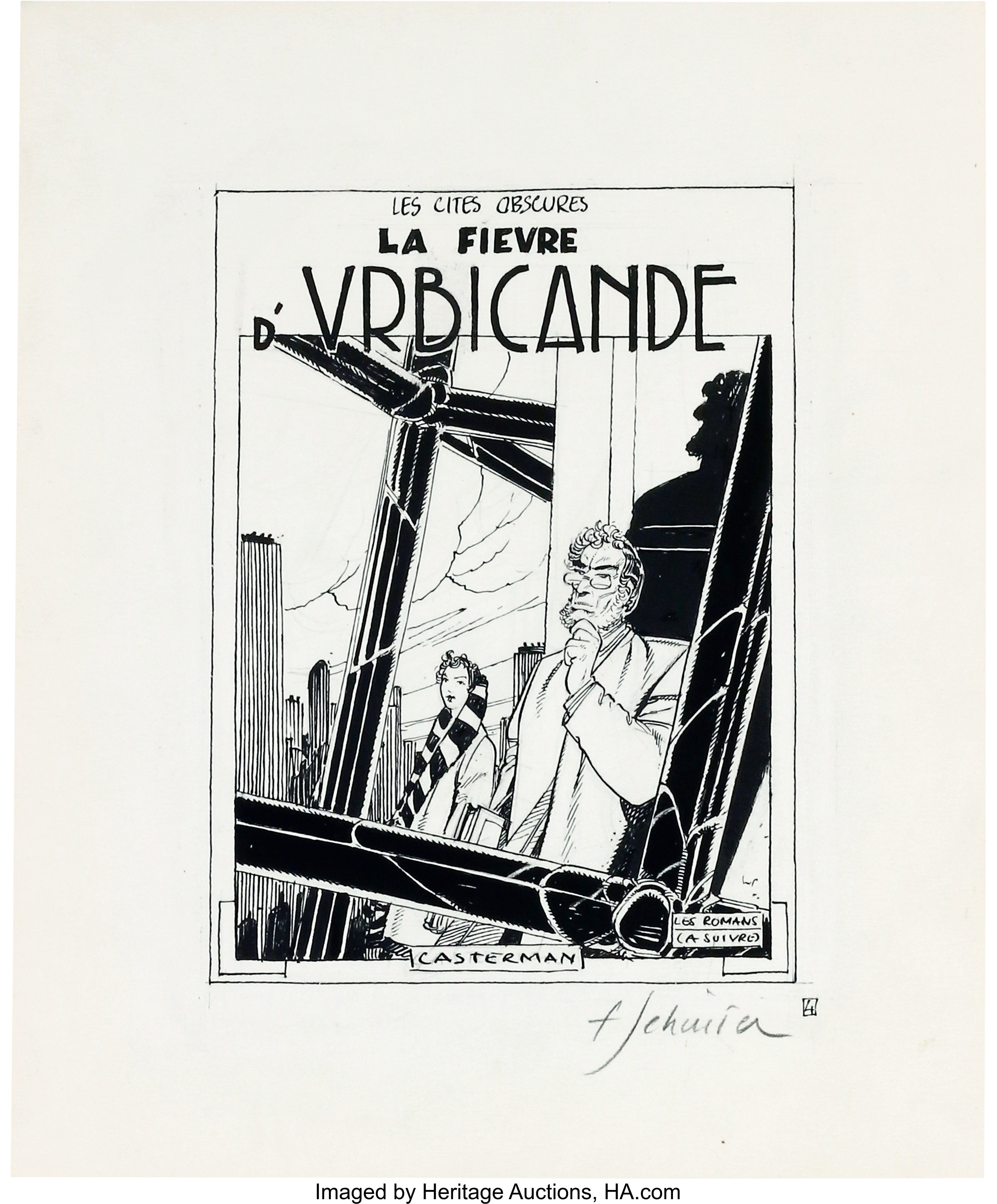 The last image is “Paris in the Twentieth Century” Cover Original Art (Hachette, 1994). This major drawing was created by the co-author of The Obscure Cities for the cover of Jules Verne's “forgotten” novel published in 1994. The Belgian François Schuiten connects here with one of his key inspirations. This beautiful acrylic (46,5 x 65,9 cm) is so close to his heart that he used a large part of it for the cover of the monograph L'Horloger du Rêve. The estimated price is between 30.000 and 35.000 euros. 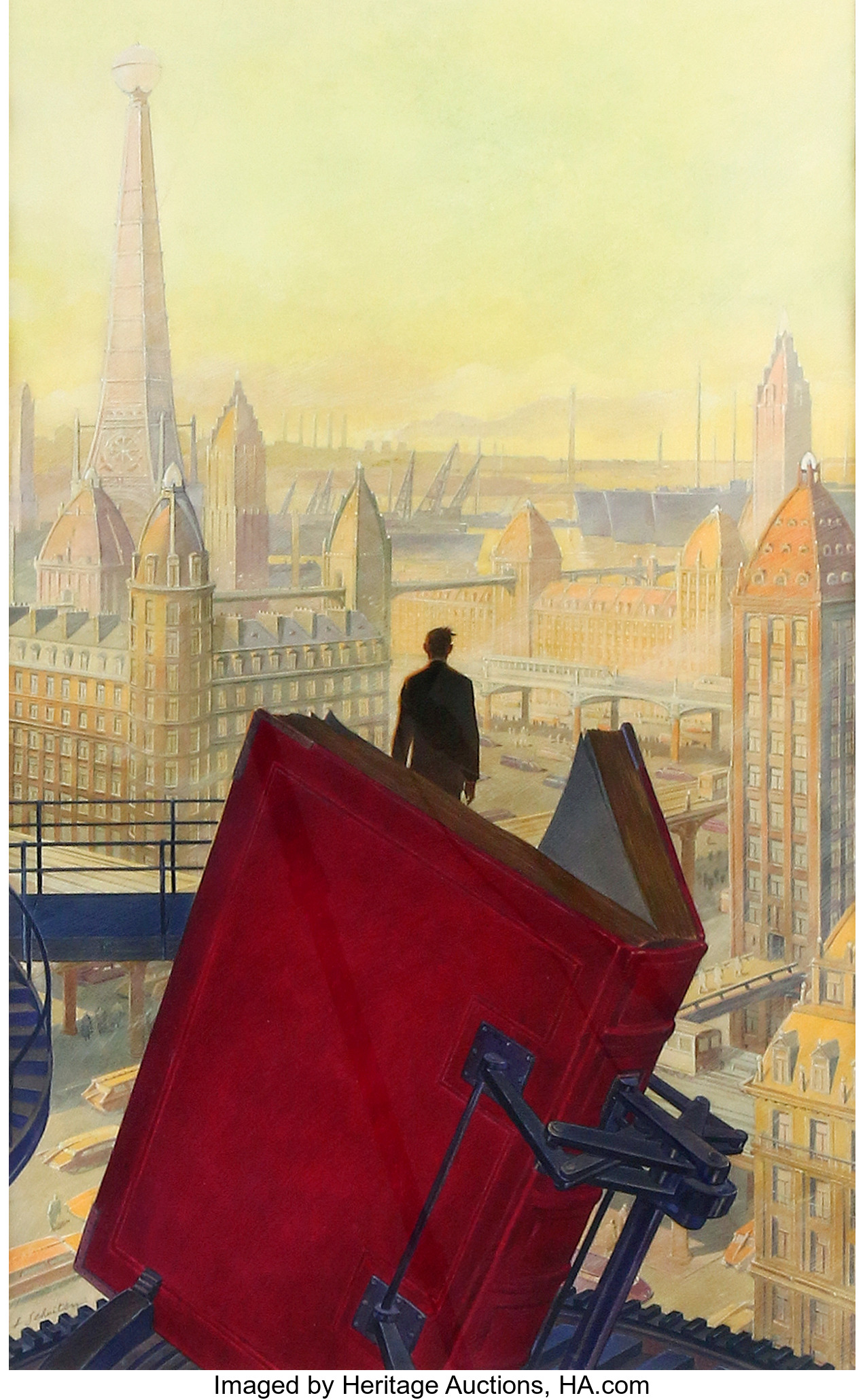