Revoir Paris: From Hausmann to Schuiten and Peeters 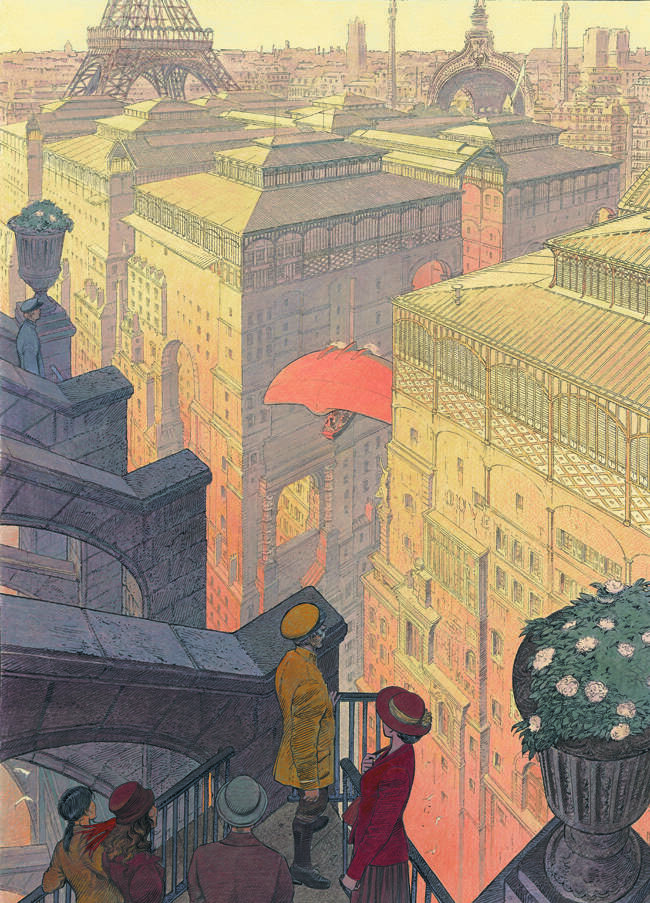 In this exhibition ‘Revoir Paris’, François Schuiten and Benoît Peeters, authors of Cités Obscures and responsible for the redecoration of the Paris Metro station Arts et Métiers, display their futuristic vision of Paris, the City of Light. They present a dialogue between their own illustrations alongside two centuries of architectural drawings and planning projects for Paris. The metamorphosis of Paris since the work of Haussmann is illustrated by original historical documents which contrast with their latest illustrations.

While the images are fanciful, the aesthetic betrays a nostalgia for steam-age mechanisms that highlight a bygone, Euclidean world of visible cause and effect. Chauffeured, air-borne vehicles that are magically aloft above the masses on streets are almost direct visual metaphors for Imperial metropolitan upper-class privilege and an omniscient planners-eye view that is freed from the exigencies of everyday life to engage creatively to create an economically-nostalgic cultural topology from the historical time and space of the city.

At the same moment, the “re-naturalisation” of late 20th century monuments – the Grands Projets such as the brutalist towers and anti-human ritual promenades, ramps and airport-like distances and inconvenience of the new Bibliothèque National suggests an ecological vision of another future, reminiscent of scenes from Sleeping Beauty. It would be interesting to compare and contrast this with the indigenous ecology of Sheridan and Longboat (Space and Culture 2014 issue 3). 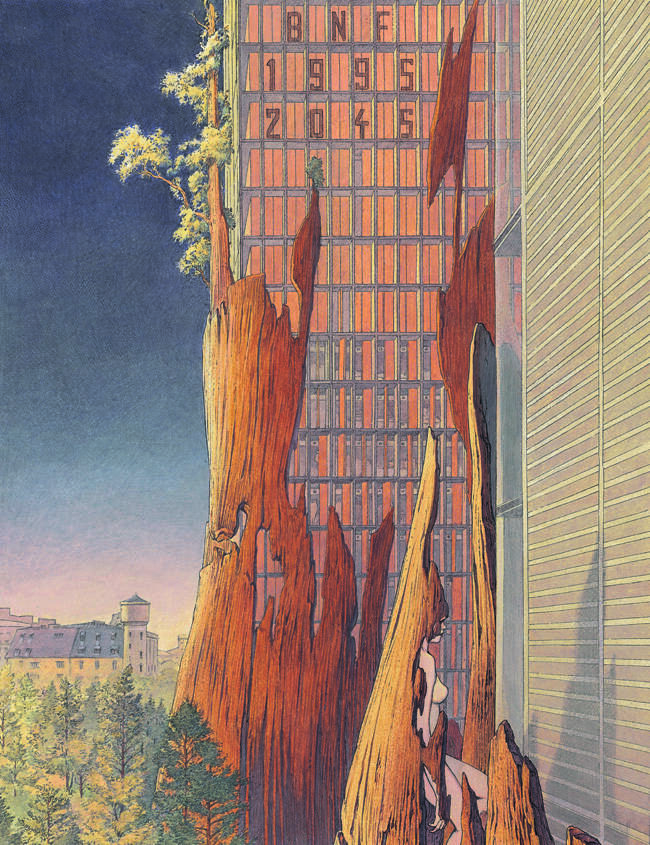 Much improved over the prison-like library: Schuiten and Peeters: Bibliothèque Nationale en 2046.

The comic book has long maintained close ties with the space of the city and utopia. Playing with late 19th and early 20th century images and symbols of urban modernity – that of Jules Verne, Robida or Le Corbusier – Schuiten and Peeters’ art depicts a kind of steam-punk like retro-future where urban tissue and temporal strata intertwine. Imaginary futures and urban planning visions for Paris appear in the illustrations of Pâhry alongside purely imaginary cities like Samaris, Urbicande and Calvani (see Coleman on Lefebvre’s utopianism in Space and Culture 2013 issue 3). The planning images for Paris cover two centuries, from Haussmann to projects for Greater Paris, through the utopian urbanism of Hector Horeau and Auguste Perret and the projects of Le Corbusier or Jean Nouvel. 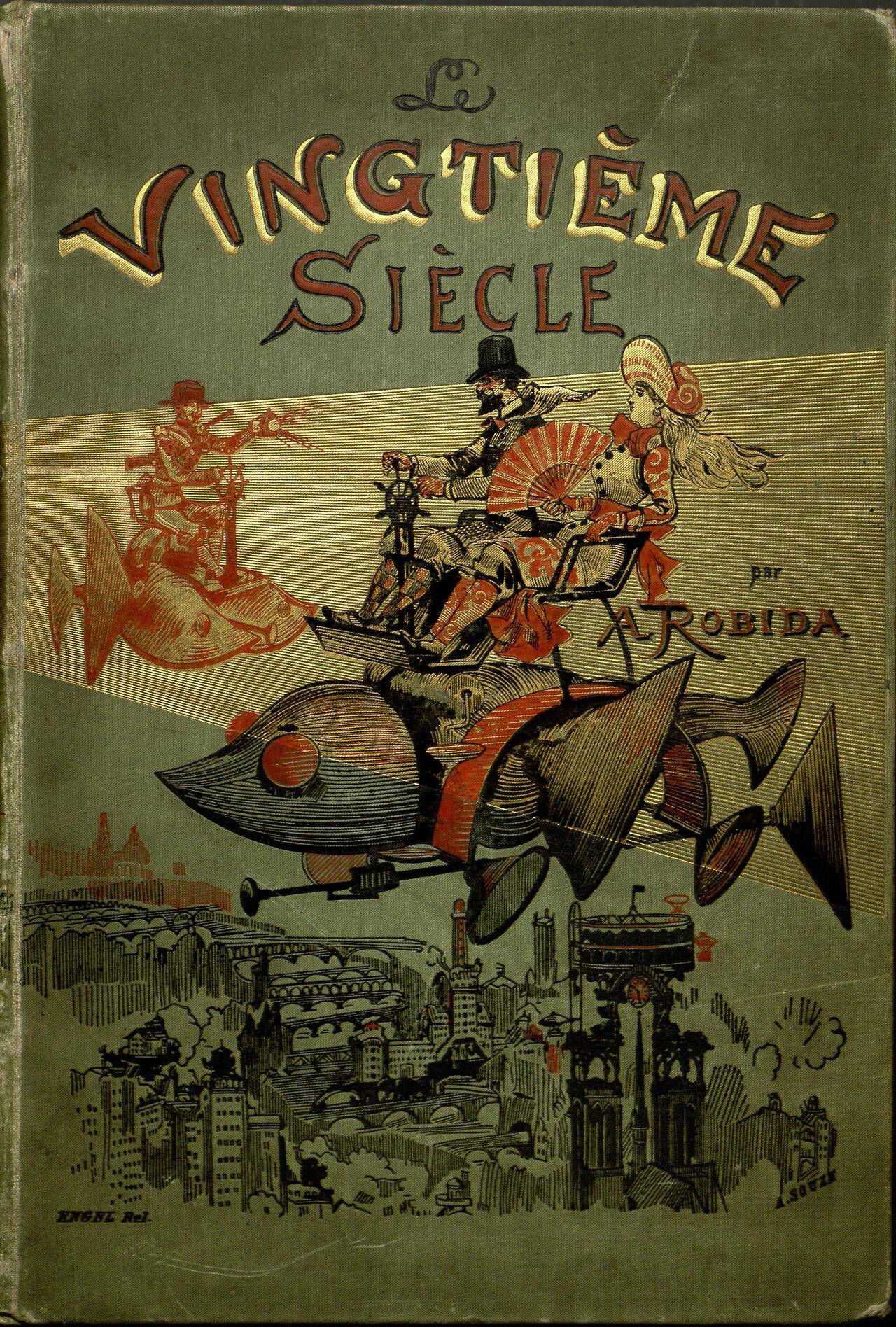 Original article by Rob Shields, published at February 20, 2015.
Read the whole story at Space and Culture