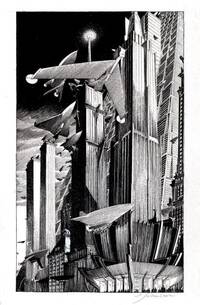 Art by François Schuiten for sale at Million

Millon & Associés in Brussels and Paris will hold an auction with comic books, original artwork and derived artwork with comics.

Later that day at 16hrs they will auction two pieces by François Schuiten and Jean Le Gac:

Estimated prices are not given.