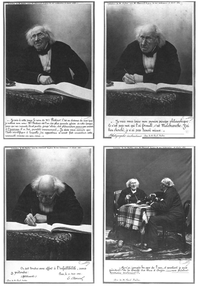 Starting Monday January 7th 2013 Benoît Peeters will give a lecture at the ISELP in Brussels until 15th April 2013 on almost every Monday. This serie of lectures will have the title “The revolution of images, Töpffer to Méliès.”

The lecture will take you through the nineteenth century in particular, but without missing a few forays into the twentieth and twenty-first centuries. The course will discuss the major changes experienced with images by becoming reproducible, sequential and mobile.

During the period of the courses ISELP will also present three movies. Related to the course of Benoît Peeters they willl show the following movies 1):

The movies are shown in L’Auditoire at 15:00 hrs. The entrance is free.

The lectures can be followed in its entirety or a la carte for a fee of € 8 per session. The complete course costs between 40 and 60 euros 2).