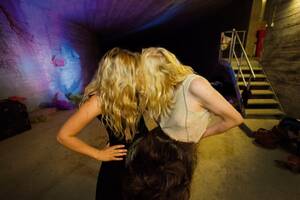 Brussels theater director Ragna Aurich makes for Recyclart a theater set in the hidden spaces under the Central Station. The mythical cartoon Brüsel by François Schuiten provides the inspiration, four children with intellectual disabilities from the Heemschool in Neder-Over-Heembeek play along.

Ragna Aurich: “I wanted to make a show about Brüsel for a long time. When I was in Brussels in end 2004 several people told me one after the other about that book. For me it represents also the biggest attraction of Brussels: it is a city where very many levels and identities come together. I also found it interesting how different people have different ideas about such a parallel hidden city. The comic lives on in many other publications, and in the minds of many locals. Because Schuiten and Peeters have used many clues from the real world some people even believe that Brüsel really exists. In the Palace of Justice there are even codes that refer to the story because on that spot the entrance to Brüsel would exists. ” 1)

Recyclart is a non profit organisation founded in 1997 and located in the abandoned train station Brussel-Kapellekerk/Bruxelles-Chapelle, downtown Brussels. The organisation has a double, unique identity: on the one hand it's a small multidisciplinary arts centre and on the other hand, it hosts a training centre for wood and metal construction (Fabrik) and catering (Bar Recyclart).

Recyclart develops projects in the city’s public space and in the neighbourhood thereby linking people, various media and artistic disciplines. The centre organises parties, concerts, photo exhibitions and debates and lectures on architecture, public space and design. Besides, there are 4 work and exhibition spaces that are temporarily offered to visual artists who can apply for a residency of max. 6 months.

The different spaces of the train station have been converted into a bar/restaurant, technical and artistic work spaces, a concert venue (capacity of 450 people) and offices. The nearby railway bridges function as an urban open-air gallery. The square in front of the station is home to both loungers and skateboarders, a summer terrace and open-air events.

Recyclart is inspired by the capital's fascinating daily reality which is fed by the city's varied cultures and communities. Being a true Belgian project, with fundings from the city and the different governments, both Dutch and French are used as official languages, among collegues and in public communication. 2) 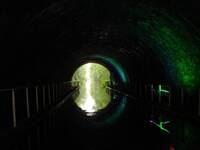 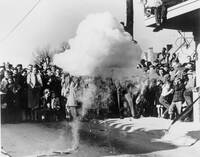 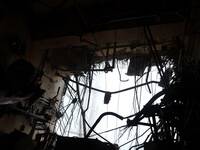 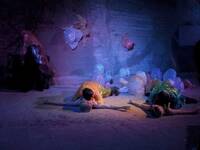 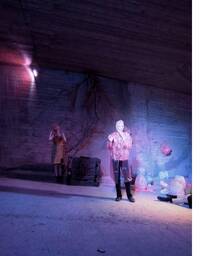 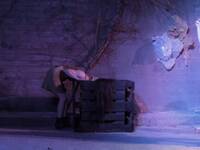