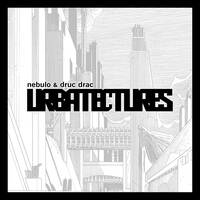 This album is a musical interpretation of the albums La Fièvre d'Urbicande by Schuiten and Peeters.